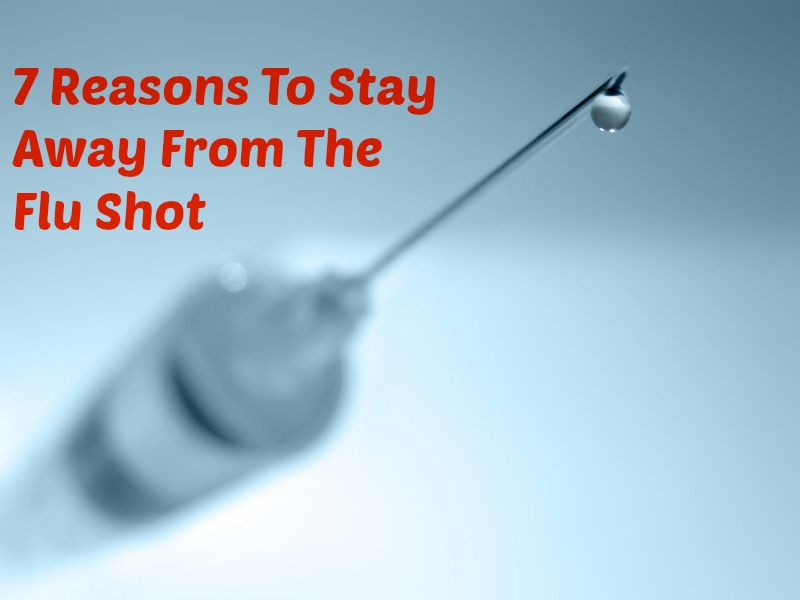 The flu season is upon us and the ads about flu shot are spreading like a wild fire.

We want you to stop for a minute and think about blindly accepting a well-marketed business. Yes, you read it right, flu vaccine is a money-driven business.

There are many far more effective ways to prevent the flu by supporting your immune system with antiviral and anti-bacterial gifts from Mather Nature like garlic, oregano oil, ginger…

There are natural ways to boost your immune system during this elevated time of exposure. Why buy into the hype of the dangerous pharmaceutical propaganda machine?

Besides the flu shot’s ineffectiveness, they also come with an array of potentially-deadly side effects from flu like symptoms (which defeats the point of getting the flu shot in the first place) to brain damage and dementia.

Many medical experts now agree it is more important to protect yourself and your family from the flu shot than the flu itself. Let’s look at 7 main reasons behind this verdict.

Recent mercury tests conducted at the Natural News Forensic Food Lab have revealed a shockingly high level of toxic mercury in an influenza vaccine made by GlaxoSmithKline. The amount of mercury in the Flulaval vaccine was at a shocking 51 parts per million, which is 100 times higher than the highest level of mercury they have ever tested in contaminated fish. And yet vaccines are injected directly into the body, making them many times more toxic than anything ingested orally.

2. 2012 study out of the Center for Infectious Disease Research and Policyat the University of Minnesotarevealed that, at best, the flu shot has a measly 1.5% effectiveness rate, so for every 100 people vaccinated only 1.5 of them will avoid getting the flu.

3. Ever noticed how vaccinated children within days or few weeks develop runny noses, pneumonia, ear infections and bronchiolitis? The reason is the flu virus introduced in their bodies, which creates these symptoms. It also indicates immunosuppression reaction i.e. lowering of the immunity. The flu vaccines actually do not immunize but sensitize the body against the virus.

4. In February 2010, The World Health Organization (WHO) reported that 12 countries had recorded a possible link between the development of narcolepsy, a chronic nervous system disorder that makes people uncontrollably fall asleep, and the H1N1 vaccine. Finland was one of those countries who openly admitted that the swine flu vaccine “conclusively” causes narcolepsy.

The Finnish government acknowledged that link and said that would pay for “lifetime medical care” for 79 children who have been irreparably damaged by the swine flu vaccine. Narcolepsy wasn’t the only side effect admitted to be caused by swine flu vaccines: 76 of the 79 children also suffered hallucinations and “paralyzing physical collapses”.

5. There is mounting evidence that flu shots can cause Alzheimer’s disease. Dr. Hugh Fudenberg, world-renowned immunogeneticist, announced that people who received the flu vaccine each year for 3 to 5 years had a 10-fold greater chance of developing Alzheimer’s disease than people who did not have any flu shots.

Also with age the immune system weakens, thus lowering your ability to fight off infections. Introducing the flu virus in the bodies of elderly could have dangerous consequences.

6. The Center for Disease Control appoints a 15-member Advisory Committee on Immunization Practices (ACIP).  This committee is responsible for deciding who should be vaccinated each year.

Almost all the ACIP have a financial interest in immunizations. It’s all about the money and may have very little to do with your health and well-being.

7. Australia banned flu vaccines in children almost 4 years ago due to dangerous side effects like convulsions, vomiting and dangerously high levels of fever.

Do your own due diligence and make sure you are making the right, informed choices for you and your family. 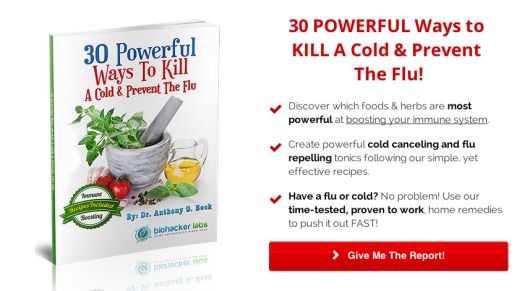