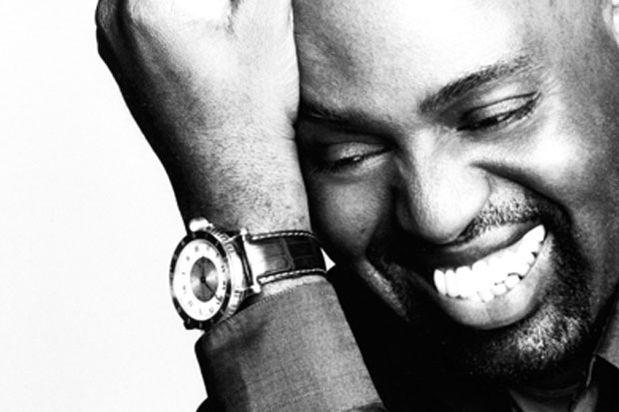 Frankie Knuckles, a legend and pioneer in the world of house music died unexpectedly at his Chicago home on Monday. He was only 59!

Few figures in contemporary music have influenced their respective fields the way Frankie Knuckles has revolutionized dance music. As one of the most renowned DJs in the world, Frankie Knuckles was packing dance floors with his unique style for almost 30 years. Legions of admirers during his travels penned Frankie’s nickname “The Godfather of House”. He played a pivotal role in the creation and evolution of house music, which has become the dominant staple of dance clubs throughout the world. It was this celebrity and his constant fundraising for some of his favorite charities dealing with AIDS, homelessness, and the education of our youth, that garnered him one of the most prestigious honors by the City Of Chicago.

Being long time fans of house music this news shocked and saddened us deeply. The natural questions of “how?” and “why?” came up. The answer we found was complications due to type 2 diabetes.

Could his death have been avoided? The answer is YES!

A legendary artist has inspired what we hope will become a viral piece on the topic of diabetes. (So make sure to share it!)

This is a wake up call to those of you living with diabetes, that there are solutions, that your life doesn’t have to end early.

Latest stats show that we are in a diabetes epidemic! Over 26 million people in the US are diagnosed with diabetes and many more are pre-diabetic.  An average of 7 years passes from the onset of the disease to its diagnosis. Our culture of fast food, low nutrients, and high sugar foods are to blame.

There are 2 types of diabetes:

This type is usually diagnosed early in life and a small percentage of people have it.  Type 1 diabetes is a result of your body’s inability to produce insulin (usually as a result of damage to the beta cells of the pancreas), a hormone that is needed to convert sugar, starches and other food into energy.

Also called hyperglycemia or Non-Insulin Dependent Diabetes Mellitus (NIDDM), Type 2 is the most common type of diabetes. It is caused because your body isn’t using insulin properly. Remember, insulin is used to convert sugar into energy, and if it can’t, this sugar builds up in your blood causing a variety of issues. In other words, your cells no longer react to insulin the way they should. When we eat, glucose levels rise, and insulin is released into the bloodstream. The insulin acts like a key, opening up cells so they can take in the sugar and use it as an energy source.

Some symptoms of type 2 diabetes:

Diabetes is NOT a Disease of Blood Sugar

It is a disease of insulin and more importantly, leptin signaling. Until that fact is accepted, we will continue to see epidemic growth in type 2 diabetes and obesity.

Elevated sugar is a symptom of a larger problem, not the cause of it.

Traditional medicine does not appear to be treating the root cause despite the many advances in science and understanding.

Leptin is the hunger hormone and tells the brain when to eat and when you are full.  It is largely responsible for insulin signaling and whether one becomes insulin resistant or not. Leptin also dictates how much fat to store.

Research has shown that the liver and the brain will dictate whether you become type 2 diabetic or not. It’s their ability to hear the signaling of leptin that will determine this.

Diabetes is just the start here because fat and leptin also influence inflammation and all diseases associated with it such as heart disease, Alzheimer’s and, of course, diabetes.

Diabetes, A Disease Of…

…NUTRITION! or lack there of.

A diet that maximizes the accuracy of insulin and leptin signaling is the answer. A diet emphasizing good fats, reduced non-fiber carbohydrates and starches, and moderate, not high, protein.

Let’s explore the foods and herbs that restore that signaling.

The most well known (outside of the US) herbs to help prevent and reverse diabetes are, interestingly, very inexpensive and have effects similar to insulin and / or increase insulin sensitivity.

The pinnacle of Chinese herbalism, Reishi Mushroom (also called Lingzhi) has been held in the highest regard for millennia for everything from immune issues to spiritual cultivation.

More recently Reishi mushroom has been found to be effective at inhibiting an enzyme that is produced by the liver to create glucose, thereby staying the effects of insulin to deal with the extra sugar in the blood caused by the activity of this enzyme.

In addition, there are several studies showing Reishi to be effective in increasing overall insulin sensitivity over the course several weeks of moderate consumption of the herb.

With other effects described in the original Chinese texts like helping to increase circulation, increasing eyesight and improving the overall disposition of mood, these are just a few more ways Reishi can help to benefit anyone with diabetes.

Make reishi tea and be sure to drink it like you would any other tea, its effects are cumulative and you will see the most benefit after a couple of weeks of regular consumption.

It’s long been known as a powerful anti-diabetic herb that, in one study, helped diabetically induced rats to recover to normalized blood glucose levels more than twice as fast as those rats that were not treated at all.

This seems to point to how the use of Gymnema Sylvestre can help (especially Type 2) diabetics to regulate their glucose levels when eating high-glycemic foods. One of the most surprising benefits of Gymnema is that it reduces the taste of sweetness in your mouth, potentially helping to reduce sugar cravings altogether!

This herb has to be on the top of your list if you are serious about getting diabetes under control.

Cinnamon bark contains several polyphenol compounds that help to heal various tissues of the body (the pancreas being at the top) and regulate glucose.  In addition it contains a vast amount of chromium, a well known mineral involved in insulin sensitivity.

Aside from Cinnamon Bark’s medicinal benefits, it has a wonderfully sweet and aromatic flavor that compliments many dishes. Make sure you try a variety of ways of using Cinnamon, such as in Tunisian, Indian and Chinese cuisine.

Another powerfully anti-diabetic herb that doubles as a medicinal herb as well as a cooking vegetable.

This is not a regular melon, however, and has more characteristics similar to zucchini (so don’t be surprised when it isn’t sweet!).  It can be used in many different soups, stir frys and sautés, in addition to one of the most powerful methods of its use, juicing.

Bitter Melon has long been used in both Ayurvedic and Chinese Medicine to treat diabetes, obesity and water retention.  There are dozens of formulas around this one vegetable designed to treat diabetes and they are now being validated by Western science.

As diabetes is known as “the thirst disease” in Chinese Medicine, one of the keys to treatment is the regulation of water metabolism, balance of key electrolytes, and ensuring that the individual drinks enough high quality water to enable the processing of carbohydrates (glycolysis, the process of breaking down carbohydrates, requires water).  Bitter melon helps with all of these aspects by regulating how much water is being retained by the cells of your body, helping with the processing of carbohydrates and limiting (although only to what your body needs) the amount of urine you are producing.

An ayurvedic herb used for centuries to treat an incredible amount of ailments… from skin and hair problems to dental and type 2 diabetes!

Neem has long been used in conjunction with Gymnema Sylvestre to treat diabetes.  Both have powerful bitter principles that help to control the release of insulin and increase insulin sensitivity.

One study has shown that it produces anti-hyperglycemic and hypoglycemic effects on healthy rats fed straight glucose. In addition, neem shows this effect whether the herb was consumed before or after the glucose was administered. This means that whether you are expecting to have glucose in your bloodstream or already do, neem can help you to regulate it!

Neem is considered to be one of the safest medicinal herbs available.

A Few Tips On Herbs

1) Make sure you look for the high quality herbs that are freshly harvested and dried under sterile conditions (sun-drying is optimal).  Also look for organic herbs whenever possible so that you can limit the possibility of consuming pesticides and heavy metals.

2) When using these herbs, if their flavor is not to your liking, consider using encapsulated products.  The number one rule of taking herbs is compliance…..  They don’t work if you don’t take them!

Recent study done by scientists at the Harvard School of Public Health in Boston, U.S. concluded that eating walnuts just 2-3 times per week can reduce the risk of type 2 diabetes by almost a quarter.

The main element in Diatomaceous Earth is silica which plays a crucial role in many bodily functions. It can be an effective treatment for diabetes as it promotes synthesis of elastase (enzyme) inhibitor by the pancreas.

From spinach and kale to dandelion and chicory, basically every single green leafy  vegetable fits the exact profile of what you are wanting to include in a low glycemic, high nutrient, high fiber diet.  All of these attributes, in addition to the massive quantity of phytochemicals contained in almost all green leafy vegetables, benefits your entire body to assisting, healing and regenerating your body from the effects of diabetes (in addition to helping prevent it from occurring in the first place!).

The fat in foods is what creates satiety and steady insulin and blood glucose levels.  When the fat is removed from dairy products, what you are left with is milk sugar.  This is one major misconception that people have around fat in general, that the fat causes the problem, when in fact it is the fat that is helping your body to deal with the sugars inherent in milk products.

Seaweed could hold the secret to curing diabetes. A research team from MicroIslet Inc, San Diego, have found that the coating on seaweed could have a role to play in curing diabetes. Besides being nutrient rich, it can help remove toxins, heavy metals, lead and countless other chemicals which are linked to many diseases.

A big thank you to our good friend, fellow house head, Chinese Medicine and Ayurveda expert Sean Lee Gardner for contributing to this article. Please follow his work and check out his high quality products at www.immortalityalchemy.com