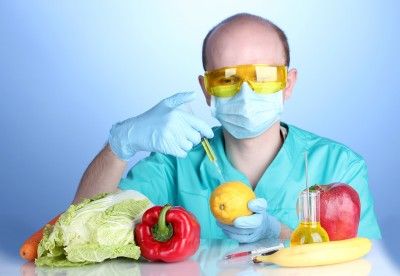 (BeWellBuzz) The first lifetime feeding study assessing the health risks of GM foods has confirmed that genetically engineered foods are harmful. The results of this 2-year long study were published online on 19th September.

The scientists made the following observations: 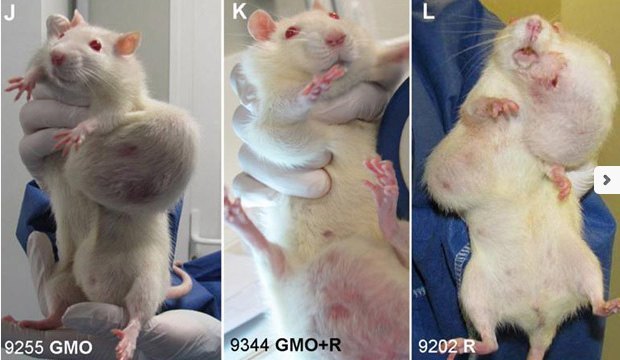 Why abnormalities are not being observed in humans

The average life expectancy for Americans is approximately 80 years. Rats, on the other hand, live for only 2 to 3 years. So, it is natural that the effects of GM-foods are visible in rats long before they start appearing in humans. GM foods are only a decade old. According to experts, it will be many years before we see the proof of harmful effects of GM foods on humans.

Animal studies have consistently demonstrated the dangerous effects of GM foods. The effect of GM foods on humans cannot be seen right now because we have not been eating these foods for long enough. So, what should we do? Do we wait until the negative effects of GM foods start appearing in humans, which can be decades from now?

Animal studies, this two-year long study being the latest one, suggest that we handle the issue of GM foods now. If we wait, it may just be too late.

In their defense, the biotech companies mention various peer-reviewed studies and other studies that have found GM foods to be safe.

More on this topic here

All studies cited by biotech companies were small-term studies, the longest lasting just 90 days. While the adverse effects of GM foods on rats in all longer studies were not recorded until a few months. In long-duration studies, such as the aforementioned two year study, the real onslaught of diseases happened from the 13th month onwards, although male rats started showing signs of severe kidney and liver damage from the fourth month itself. In the case of females, signs of kidney and liver damage were seen as early as in the sixth month.

GM foods, we were told, will help eradicate world hunger. However, it does not solve any problem, least of all world hunger. On the other hand, it can cause severe, irreversible health problems.

According to the International Assessment of Agriculture Knowledge, Science and Technology of Development, GM foods does not contribute in any way to the goals of decreasing hunger, improving health, nutrition, and rural livelihoods and helping environmental stability and social stability.

The importance of passing the California Right to Know Genetically Engineered Foods Act, or Proposition 37, cannot be emphasized enough. If it is passed, manufacturers will not be able to market or label genetically modified foods or foods that contain genetically engineered ingredients as “all natural” or “natural”.

This law will give us the power to reject GE-tainted foods. Most of us, if not all, don’t want GE foods. The problem, however, is that we have no way of knowing which food is GE-tainted and which is not. All this can change- but for that to happen, we must support Proposition 37.

This law has the potential to trigger change throughout the country. Once this law is passed, all large companies will have to change the label on their GE-tainted foods in other states as well. They are unlikely to take the risk of selling GE-tainted foods as “all-natural” or “natural” when the same products will be sold in California as genetically engineered.

The fight, natural health activists warn, will be tough, and is between the will of people who want to live healthy, and powerful million-dollar companies.

If you care for your health and that of your family and the coming generations, now is the time to get involved and contribute to a good cause.