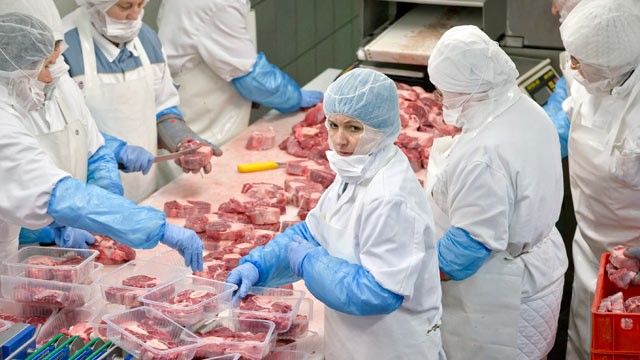 (BeWellBuzz) The time has come to ask this question to yourself and anyone else around when meat is served to you. Why? Well, because what was beef before can now be horsemeat. It is not difficult to guess what we are talking about here. Yes, the recent horsemeat scandal. News that has rocked the world – meat-eaters, vegetarians, and vegans alike. News that has raised the big unappetizing question of “what are we eating?” What began as a doubt in Ireland has now spread like wildfire across Europe.

In January 2013, the Food Authority of Ireland decided to analyze 27 hamburgers. What they found was distressing – 10 out of the 27 hamburgers had the presence of horse DNA. To make it worse, 23 were found to have traces of pig DNA as well. After Ireland, it was Britain’s turn.

Tesco, Britain’s largest grocery food chain sent a burger sample for testing. 29% of the burger turned out to be horse meat.

Next was Findus’ turn. After the Swedish food company withdrew some of its beef lasagna products, Food Standards Agency (FSA) in Britain declared that they contained more than 60% horse meat.

Australian retailer Aldi was next in line. On February 8, the fast-growing multinational, called back two of its products from the shelves. They were found to contain anywhere between 30% and 100% horse meat.

The ripples of the horse meat scandal have reached countries like France, Sweden, Germany and the Netherlands. Major French retailers like Cora, Auchan and Monoprix among others have decided to call back their lasagna products. Some Swedish companies like Coop and Axfood have also pulled their products off the shelves.

Real, a major supermarket chain in Germany, has also found traces of horsemeat in their frozen lasagna products. On February 12, the Netherlands Food and Consumer Product Safety Authority revealed supermarket chains like Boni and Plus are also getting their products tested.

As more and more countries are pulled into the issue, the European Commission has ordered tougher tests to be performed on meat products. By going deeper into this kind of DNA testing, the Commission expects to evaluate the scope of the scandal better.

Horse meat – deadly or not?

By itself, horse meat doesn’t kill. However, if it comes laced with what is called ‘bute’ colloquially, consumers may be in trouble. Bute is none other than phenylbutazone, a veterinary drug that is not legally allowed to be part of the food chain. The reason – bute has been found to cause aplastic anemia, a kind of blood disorder, in human beings. In its original use, the drug acts as an anti-inflammatory. However, after one person in about 30, 000 people who had taken the drug was found to be seriously affected, the drug was banned.

Whether the horsemeat scandal dies down soon or sticks around for some more time, it won’t be simple. The issue, in all its massiveness, will leave multiple questions in its wake. Critics around the world are slamming the global food industry for having turned too complex. Safety, on the other hand, isn’t being taken care of. Then, there are consumers who want their meat and want it quick and cheap.

Socially and culturally, the world has grown to think of meat as its main source of protein. However, the option of finding cheap meat has complicated matters further. In most instances now, consumers aren’t even ready to question where their meat is coming from. With incomes hitting stagnation, and people on benefits are finding it difficult to deal with rising costs, cheap meat is the way to go.

However, the cheap food consumption matter has another side to it. In recent times, research has revealed that healthy eating is not as expensive as consumers think it to be. In 2012, the Economic Research Service (ERS), which is part of the USDA, carried out an analysis of about 4000 retail foods. The results revealed that when compared, the price that holds for every edible pound of fruits, vegetables, and dairy is lesser than what holds for proteins and foods with saturated fats. So, if that’s what research is saying, why is the world leaning more and more on meat?

The answer seems to lie in how the global food industry has evolved. Supermarket chains around the world seem to have been catering to consumer needs perfectly, but without raising questions about procedures and safety. To keep their profit margins intact (or even increase them), companies are ready to resort to plenty of cost cutting. Besides, they face constant pressure of keeping consumers satisfied. In effect, the cheap food illusion continues. Add to the big picture factors like population explosion and climate change. Valid reasons for food prices to shoot up. Consumers, trusting their food sources almost blindly and seeking cheap food, don’t bother to find out the truth.

Although presenting a scope that covers the world, the horse meat scandal is essentially a symptom. A symptom of how consumerism and capitalism have derailed normal living and eating. Today, it is horse meat. However, tomorrow, it could well be something else. Watch out because you too have a part to play!