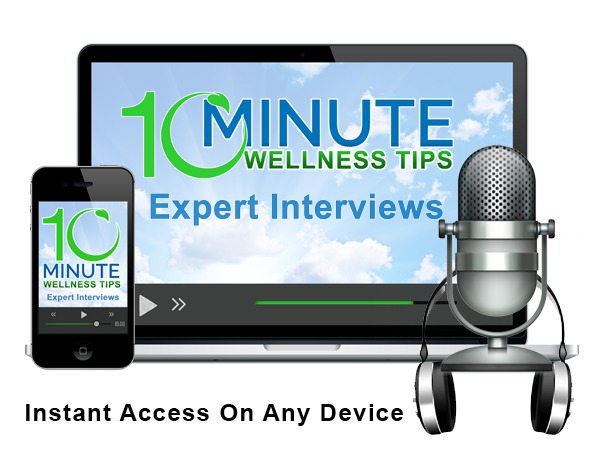 We were recently asked to give a short, 10 minute answer to this question…

“What’s the #1 thing you recommend people do right now to be healthy?”

This was part of a very special interview series with 26 of the world’s leading health experts and doctors, each giving their perspective in 10 minutes or less.  The interview series is called 10 Minute Wellness Tips  (which you can get for free when you visit that link).

What follows is the audio interview and transcript, we hope you enjoy it. 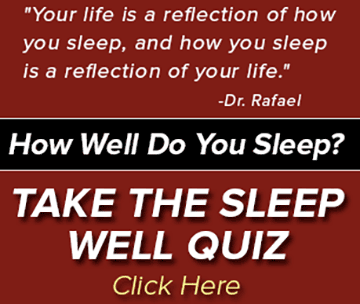 Read The Transcript Below

Brad Costanzo:            Hi, this is Brad Costanzo and welcome to 10 Minute Tips for Maximum Health and Wellness. Today, I’m joined by Larry and Oksana Ostrovsky. Larry and Oksana are the founders of BeWellBuzz.com, providing the latest in natural health, personal development, and other optimal wellness advancements for the public. They’re also the founders of SOL*CBD, which we’ll discuss in a minute, and the Sleep Well Solution.

Their goal is to help people elevate their mind, body, and spirit through natural health methods, and today they’ve joined us to share their tips with you. Larry, Oksana, welcome to 10 Minute Tips.

Oksana Ostrovsky:     Thanks for having us.

Brad Costanzo:            Yeah. It’s a pleasure. Like we’ve been asking everybody, this is a big question, but if we can confine it down to 10-minute actionable tips for people, what is your number one tip for people to do to maximize their health and wellness?

Larry Ostrovsky:         That’s a really tough question because it comes down to diet and all so many other things, but over the years we’ve come to understand that there’s really one thing that really underlies a lot of people’s health challenges, and that one thing is sleep. If there is sleep deprivation going on, then whatever else you’re doing is really not going to be as effective. Without sleep, there’s a lot of challenges that can happen. There’s a lot that happens during sleep, like thought reconciliation, cleansing, so many things that can lead to cognitive decline because neurons become depleted and polluted, and that causes them to malfunction.

Brad Costanzo:            What are some of the signs that people are maybe sleep deprived? Because I know that sometimes I feel that way when I wake up in the morning. I’ve got to apply myself with coffee in order to feel like I’m going, and I’m sure a lot of our listeners feel the same way. Are there any signs that people can watch out for?

Oksana Ostrovsky:     Of course. There’s plenty of signs but most of us think this is whatever, I just didn’t sleep well and we just ditch it. We don’t think it’s important, but if you do it repeatedly, it will create a major health challenge that one day is just going to show up at your door, and you’re like, “Where’s the hell is this coming from?” One of those things that is noticeable, you will be much more irritable. People are going to want to stay away from you. You’re not going to be the easiest person to deal with.

It will be harder for you to focus and concentrate. You’re also probably going to be craving more sweets. You’re going to have lower energy. Your motivation is not going to be where it needs to be. A bunch of those things that not as prominent, but I think in your daily life, we’re all familiar with those things. Waking up, I just got off the bed on the wrong foot, I’m not feeling right…

Larry Ostrovsky:         I think everyone can relate to not having enough sleep, waking up, and feeling just completely off. There’s this fog that just sits over your head, and the reason is because there’s so much that goes on when you’re in sleep, and not just sleep, but deep, proper, restorative, rejuvenative sleep that actually creates those right neurochemicals and other chemicals within your body that maintain balance. Without that balance, all sorts of stuff could go wrong. If you’re not getting the right sleep, we found that that is the number one problem. If you can get the right sleep, then the rest of the things that you could be doing like eating right and exercising and all of that actually supports your entire body and physiology much better.

Brad Costanzo:            That makes perfect sense. Anecdotally, one of my close friends had, luckily he survived. I think he had non-Hodgkins lymphoma cancer, and he luckily survived it but he told me personally that he believes that a lifelong struggle with insomnia and sleep issues caused so much stress on his body that it caused him to get cancer and to weaken his immune system and it caused all of these other problems that he had. He very much attribute it to that, so I can see how proper sleep can give you optimal wellness and lack of sleep can cause irreparable harm.

What are some of the things that people can do in order to improve their sleep. Because I’m going to imagine that simply popping an Ambien or a sleeping pill is not the right answer.

Larry Ostrovsky:         Definitely not. Actually, those things will get you to sleep but the sleep that you get is not quality, and you’re not going to be in those REM cycles that are so important. Stay away from that. There’s a few things that are really powerful. One of which is light. Our body works on a thing called the circadian rhythm, and the circadian rhythm dictates when certain hormones are released, and it’s really your body’s clock.

Larry Ostrovsky:         Or TV. Throughout the day and night, we’re constantly getting bombarded with this artificial light source. One of the bigger things that you could do is to try and maintain that circadian rhythm. There’s certain apps like flux. It removes the blue hue. The blue hue is the thing that really activates your brain to thinking that it’s daytime. Getting that when you’re staring at the computer, lowering the lights at night, and really winding down as you’re going to bed and removing that light source from your environment, that will help a lot.

Oksana Ostrovsky:     If you can do at least two hours before going to sleep, avoid any kind of television. Another piece on the light part is getting the sunshine, getting the right kind of light into our body. The lack of vitamin D, there has been so many different studies done on people that live in Seattle and in Northern Hemisphere. They have to go and do tanning beds just because their depression level and their serotonin production is so depleted, it’s causing a lot of challenges.

Larry Ostrovsky:         Also, avoiding stimulants like coffee later in the day, because that definitely creeps into nighttime hours, and avoiding alcohol later at night because alcohol does not serve good sleep. It might actually put you out, but these harmful drugs, they won’t give you that deep, restful sleep that your body needs. Also, exercise. Exercise is such an important thing to not only maintain your physical body but also force sleep. Things like yoga actually can balance your endocrine system and actually help you ease into sleep at night.

These are really critical things to do.

Oksana Ostrovsky:     Back to light, I just wanted to mention one more thing. When you sleep, you want to make sure that there is absolutely zero light in your bedroom. The bedroom should be the place only where you go rest and you make love. That’s about it. There’s no exercise equipment, there’s no TV, no computer, no whatever. This is a place to give your body break. Having either the blackout curtains, using maybe some aromatherapy before going to sleep, maybe some Epsom salt bath to relax, or just magnesium supplement. If that’s not possible, let’s say you’re traveling or whatever, always have an eye mask with you. That will be very, very helpful.

Larry Ostrovsky:         The bedroom environment is critical and also meditation practice. Because at the end of the day, what’s happening is your brain is racing. We want to slow that brain down, and part of that is also because of our daily environment. We’re constantly in this brain state called beta, and in that state, it’s almost like a fight or flight. From the time we wake up, we’re in this stressful environment of work and needing to get stuff done. You’re constantly wound up throughout the day and it’s difficult to unwind at night, and that prevents you from easing into sleep. Meditation, visualization, deep breathing is really helpful because your breath is the thing that controls state.

If you’re breathing shallow, you’re typically in a beta state, and you’re stressing. You want to take long, deep breaths before you go to bed and just calm your mind down and try to meditate and visualize and calm yourself down. Get into that beautiful alpha state and then into theta, and then drift off into those deeper restorative delta states.

Brad Costanzo:            Yeah. That makes amazing sense and it brings in to question my sleeping habits, always falling asleep with the television on, and a lot of the things that I could be definitely doing better. You shared some amazing resources and insights, and I know for a fact that you even interviewed multiple sleep experts in the past in order to come up with some of these solutions for people. If folks want to find out more about you, the things you’re up to, whether it’s just other natural remedies, your new product, a cutting edge product called Soul CBD, which we’ll provide a link to, or education on how to sleep better, where should people go check first?

Larry Ostrovsky:         If you’re looking for quality health information, Oksana and I run a blog called Be Well Buzz, that’s B-E-W-E-L-L-B-U-Z-Z. There’s really good, free information there, and we have a little sleep quiz at sleepwellsolution.com that you can take and see how well you sleep based on a little score algorithm that we have. Answer a couple of questions and we’ll tell you what you can do better. The latest thing that we’re working on now is based on cannabidiol, CBD, which is a non-psychoactive part of cannabis, and we’re starting to get back to the efficacy of the medicinal value of what cannabis can be, and it’s been used for centuries and actually millennia for all sorts of ailments.

Doctors used to have and then for whatever reason, it became vilified for political gain, whatever, we can go into that for another few hours, but we won’t. The fact of the matter is that this compound has incredible ability to heal and activate your body’s major system called the endocannabinoid system. We’re working on education on a product called SOLCB.

Brad Costanzo:            Nice. That’s fascinating and I encourage everybody to check it out here on the links on the page. Larry, Oksana, thank you very much for joining me on 10 Minute Tips for Maximum Health and Wellness.