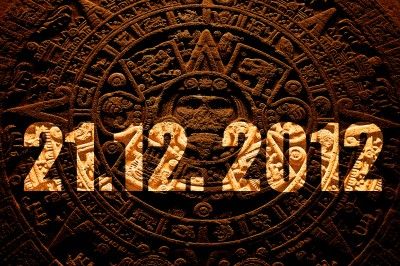 (BeWellBuzz) By now you’ve probably heard about the Mayan calendar, most likely in the same sentence as a prediction that the world is coming to an end on the 21st of December 2012. But many people don’t understand their calendar, and the date. Why did the Mayans choose that particular date for the end of their calendar, and what is the significance?

The Mayans believed that what we now call “solar flares” are caused by sparks of light and energy that are emitted from the center of our galaxy in an attempt to synchronize the planets of the galaxy. They make the sun shine more brightly, and at the same time can affect the rotation of the earth, causing it to shift slightly. These shifts can lead to great changes in the cycle of the earth and result in disaster for the planet.

This synchronization is rare, and only occurs every 5,125 years according to the Mayans. However, 5,125 years from the beginning of the Mayan civilization would be December 21st in the year 2012. The Mayans suggested that, on this day, a large cosmic occurrence will transform our civilization. They believed that this event would push humankind into a new epoch: The Golden Age.

The Mayans felt that humankind had to make an effort to preserve their society, or the transformation would destroy it. They predicted that, in the 20 years before the solar flare, human society would change greatly. During this time, humans would need to become aware that they are damaging the planet through their own actions and behavior. Humans would enter what the Mayans called the “Sacred Hall of Mirrors” around 1999, where they were able to examine their behavior and had the ability to make changes to come more into accord with nature. They predicted this period would begin with a solar eclipse, which occurred on August 11, 1999. This eclipse would mark the beginning of the time where humans must become more aware of their own actions.

The Mayans believed that the eclipse would also mark the beginning of a period of natural disasters and changes in the environment that would greatly affect human beings. They also suggested that civilization would change such that our growth based on technology would begin to falter. The Mayans believed our growth as a society would be stunted unless we began growing spiritually.

The period of time we are in is one of rapid evolution. The Mayans believed that, during the 20 years preceding the synchronization, mankind must make changes in order to remain the dominant race in the universe. Specifically, we must change our culture of hatred, violence, disregard for nature, and selfishness. If we do not turn from this path of negativity, when the galactic synchronization occurs our race will be left behind.

The Mayans thought it essential that we recognize we are all port of one organism that encompasses the universe. When this is accomplished, we will gain more respect for one another and for our surroundings. This will lead us directly into the Golden Age, which is an era of growth and evolution.

Thus, what occurs on December 21, 2012 is really in our hands. If we use this opportunity to examine ourselves and our society, and make positive changes, then human kind as we know it may continue. If we disregard the importance of this event, however, we may find our race to be just another artifact of history, left behind to make room for a species that will better care for themselves and the world they live in.

See what Dr. Pillai has to say here