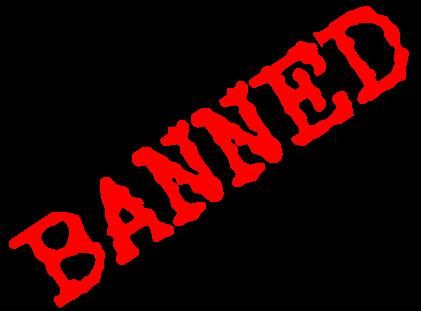 Most of us rely on natural supplements and foods to rejuvenate our minds and bodies and strengthen our immune system. To imagine a life without these supplements seems rather drastic, but unless someone takes off the blinders that the FDA is wearing so stubbornly, this could well become a reality.

As shocking as it sounds, the FDA is on a banning spree, and they’re taking their cues from the EU. Number of natural supplements and traditional herbs such as St. John’s Wort and Valerian were recently banned in UK. The EU has also banned traditional Chinese and Indian medicines which are known to have some very good restorative properties and can cause no harm if taken in the right proportions.

If the FDA follows in the footsteps of its European counterpart, chances are that many natural supplements that we’ve been relying on heavily, especially those that were formulated after 1994, could well be shown the door.

What the FDA is doing

The FDA has decided to implement NDI very recently, which effectively means that all dietary supplements with new ingredients since 1994 are no longer valid. Armed with the new implementation or enforcement of these old rules, the FDA stands poised to virtually destroy the natural and nutritional supplements industry.

Already banned or in the danger zone

Some natural supplements are already in the danger zone and are being touted by the FDA as unsafe. The FDA went as far as to seizing labels and threatening many companies with arrest. Some of the products that have been deemed unsafe by the FDA are:

According to the FDA, these nutritional supplements are harmful because they can interfere with other drugs that people might be taking. What probably irks most is the FDA’s assumption that it knows what’s best for the people. Do they really?

Why the FDA is banning supplements?

The answer is easy- money. If more people start using natural supplements, they will have better immunity, and fewer people will get sick. A healthy nation rings the death knell for pharmaceutical companies. By implementing this ban, the FDA is trying to ensure the survival of pharmaceutical companies at the risk of destroying the natural supplement industry. If you know even a little about big league drug companies, you know that they’re all about ‘curing’ diseases, and that no one really cares about ‘preventing’ them.

On the other hand, natural medicines, herbs, and supplements that are considered as alternative medicine actually cost way less than their chemical counterparts and have fewer or no side effects. However, the FDA has chosen to ignore this important aspect and has taken a strict stance toward natural remedies. In fact, they have started threatening companies selling natural products, seizing some of these products from manufacturers and threatening these practitioners with financial penalties and injunctions.

If you think this is a conspiracy theory, what would you say about the FDA already changing some of the NDI rules, wherein synthetic drugs do not need any notification or approval?

Yes, you heard that right. According to the FDA, drug companies that use synthetic copies of natural molecules are exempt from the whole rigmarole of reporting additions of new ingredients to their products. If this doesn’t sound like the selective enforcement of rules, then what does?