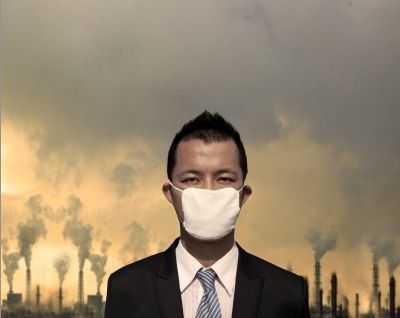 (BeWellBuzz) In an all new attempt to prevent further air pollution, the environmental watchdog in China has taken an extreme step. It has gone ahead and proposed a barbecue ban. Here are the details you need to know about this ban and everything else that makes China the world’s most polluted nation.

What’s the ban all about?

First, the new ban in China is all about barbecues. No delicious decision to look forward to that because what it means for China is this – soon people won’t be able to partake in any barbecue-related activity. For better or for worse, the smoke that emanates from barbecues won’t spoil the environment in China anymore. That’s at least the hope with which the Chinese government is planning to expedite the ban.

Earlier in February, the Ministry of Environmental Protection (MEP) released a technical draft document declaring the ban on barbecues in densely populated Chinese cities. The draft clearly states that major cities where pollution is a real problem must make an attempt to adopt legislation that cuts out barbecue-related activities from the big picture. The draft is China’s answer to a growing PM2.5 pollution problem. PM2.5 is particulate matter that’s lesser than 2.5 microns in diameter result in an extreme form of air pollution. The reason is simple – PM2.5 is such fine particulate matter that it can easily be embedded in people’s lungs and cause serious respiratory issues.

Apart from the imminent ban, MEP is also urging the people of China to be more aware of the air pollution situation across cities. This includes cooking in ways that release less smoke into the air. The overall objective also involves cooking in more environmentally-friendly ways. In the draft document, the MEP suggests agricultural, industrial, as well as other sectors should make more responsible use of energy. Use of better quality of oil in cars is also part of the agenda. The MEP’s message also includes the use of fewer firecrackers to improve the air pollution situation in China. But the biggest piece in the puzzle is the idea to reduce PM2.5 significantly by year 2020.

What brought about the ban?

No matter how unhappy the nation is about the recent barbecue ban, it hasn’t come about in a day. The straw that broke the camel’s back was in fact the recent air pollution situation in Beijing when many people had to step out wearing masks. According to New York Daily News, pollution in Beijing is so bad that people can’t see beyond a distance of 200 feet in front of them. Airline companies have had to cancel important flights. Even pictures that have been taken from outer space are clear proof of the smog over Beijing.

The month of February has recorded more air pollution problems in China than ever. On the eve of the Lunar New Year this year – February 9th – skylines all across China saw fireworks go up in a flurry. The result was obvious of course – air pollution shot up in a jiffy. In fact, according to China Daily, the air pollution index used to assess PM2.5 levels rose from 342 to 701 in a single day’s time.

According to the World Health Organization (WHO), the daily level of PM2.5 should ideally not exceed 20. However, research has found out, Beijing records more than 500 on a daily basis. On January 12 this year, Beijing suffered a record 755 particle count. In an earlier 2007 report issued by WHO, it was declared that indoor as well as outdoor air pollution kill about 656,000 Chinese citizens in a year.

But, where lies the ‘real’ problem?

Barbecue ban or no, the question remains – what’s the ‘real’ source of China’s air pollution problems? According to reports, use of cheap gasoline in cars is a major source of air pollution. Another severe problem area in the country seems to be industrial pollution – coal-burning fumes add to the thick air that covers China like a blanket. According to Greenpeace, China burnt almost half of the world’s coal in the year 2009. In fact, in most of the energy mix that occurs in China, coal accounts for almost 70%. Fireworks are also a contributing factor though the more environmentally-conscious are opting for electronic firecrackers these days. In spite of this, most people still prefer the traditional form of firecrackers.

Is PM2.5 that dangerous?

If statistics are to be believed, it is. According to Greenpeace, in 2012, PM2.5 air pollution caused 2,589 deaths in Beijing alone. So what is it that makes PM2.5 so dangerous? PM2.5 particles are much finer than even human hair. They stand at about 1/30th of the average human hair’s width, which make them easy to travel into the lungs and remain lodged there. Motor vehicles, power plants and wood burning among many other sources contribute to the production of PM2.5.

What is to be seen now is how far it will take China in its fight against air pollution.