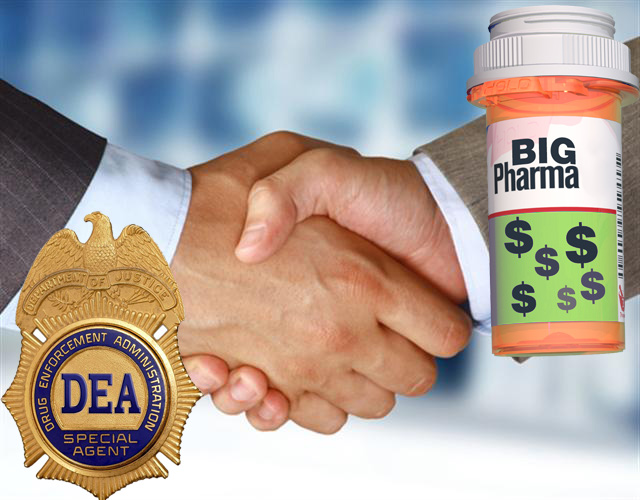 The shocking story erupting over the last few days has been the DEA trying to classify all components of cannabis plant as a Schedule I substance. Specifically targeting cannabidiol (CBD), a compound that the UK calls a “medicine” and countless patients around the world use regularly to help a variety of symptoms.

Schedule I drugs, substances, or chemicals are defined as drugs with no currently accepted medical use and a high potential for abuse. Some examples of Schedule I drugs are:

Why Would DEA Do Such Thing?

The scheduling of CBD and the other non-psychoactive cannabinoids alongside heroin and cocaine has us asking what the motivation of such move might be. Considering many states are actually deregulating cannabis and its related substances, why is the DEA seemingly going in the opposite direction? The simple answer is that fundamentally, federal organizations such as the Food and Drug Administration (FDA) and the Drug Enforcement Agency (DEA) are constantly working with lobby groups funded by Big Pharma. With such big money pushing Big Pharma favorable policies, the DEA easily bends to their will. There is no real reason to classify cannabis, in any form, outside of protecting the profits of the pharmaceutical industry.

The Hemp Industries Association (HIA), the leading non-profit trade association consisting of hundreds of hemp businesses, has issued its position in response to the DEA ruling:

It is the position of the Hemp Industries Association that this Final Rule regarding ‘marijuana extracts’ is not within the jurisdiction of the DEA to enact, as the administration itself cannot amend or augment the definitions put forth in the Controlled Substances Act (CSA). Adding CBD products to the federal schedule of controlled substances would require new legislation to pass in Congress or action taken by the Attorney General, amending the CSA. Additionally, the ruling is based on an incorrect and incomplete understanding of how CBD is derived from the cannabis plant. While CBD may be derived from forms of cannabis that contain high amounts of THC, the cannabinoid associated with ‘marijuana,’ CBD may also be produced from industrial hemp plants that meet the legal standards of less than 0.3% THC by dry weight, and which may be cultivated in 32 states in the U.S. per Sec. 7606 of the Farm Bill, the Legitimacy of Industrial Hemp Research amendment. Hence, not all CBD products may be classified as extracts from ‘marijuana.

“It’s important to understand that this Final Rule does not change the legal status of hemp derived CBD,” said Eric Steenstra, Executive Director of the Hemp Industries Association. “Cannabidiol is not listed on the federal schedule of controlled substances, and the DEA has no authority whatsoever to impede the production, processing or sale of hemp products, including CBD products, grown under the Farm Bill. We urge consumers and businesses not to panic, and continue supporting the growth of the hemp industry in the U.S.“

The discussion on whether cannabis in all forms is a medicine is over, the overwhelming proof within history, science, and results are irrefutable. However, the DEA head Chuck Rosenberg called medical marijuana a “joke”. But Big Pharma has its hands deep in his pockets. Chuck Rosenberg served as a partner at the international law firm Hogan Lovells from 2008 to 2013 and as reported by Public Citizen, a D.C.-based consumer-rights group, Hogan Lovells has frequently lobbied for the pharmaceutical industry.

We want to reiterate the facts of the matter, that marijuana extracts are legal under Federal law when they are derived from non-psychoactive components, such as the mature stalk of the cannabis plant, or products manufactured from the sterile oil and seeds. This information is found already within the Controlled Substances Act (CSA) The DEA is trying to reclassify this information, and reformulate it to work with their new anti-CBD mandate.

This act of willfully moving outside its authority, is repeating history. The 9th Circuit Court of Appeals shot down the DEA thirteen years ago in a very similar case, as it will again. In 2001, the DEA overstepped its authority in order to try to ban the importation and distribution of sterilized hemp seeds, oils and cake. It also tried to ban the sale and manufacture of hemp based cosmetics and health food substances. According to the DEA at the time, they were trying to ban any substances containing even trace amounts of THC. In a series of rulings (Hemp Indus. Ass’n v. DEA, 357 F.3d 1012 (9th Cir. Cal. 2004) and Hemp Indus. Ass’n v. DEA, 333 F.3d 1082 (9th Cir. 2003)), this classification by the DEA was struck down because,

The DEA’s definition of “THC” contravenes the unambiguously expressed intent of Congress in the CSA and cannot be upheld. DEA-205F and DEA-206F are thus scheduling actions that would place non-psychoactive hemp in Schedule I for the first time. In promulgating the Final Rules, the DEA did not follow the procedures in §§ 811(a) and 812(b) of the CSA required for scheduling. The amendments to 21 C.F.R. § 1308.11(d)(27) that make THC applicable to all parts of the Cannabis plant are therefore void.

The primary reason why this new attempt to schedule non-psychoactive substances will fail yet again, is because just as in 2001 the DEA is attempting to reach beyond its mandate. The DEA does not have authority to make illegal something that Congress has specifically made legal. Also, and equally important, is that Congress has specifically banned any Federal money from being used to counter the production, sale and use of industrial hemp grown inside or outside the United States. This is clearly found in section 7606 of the Agricultural Act of 2014.

In sum, there are three reasons why this attempt to Schedule non-psychoactive substances of cannabis as Schedule I will fail.

First, marijuana extracts are already addressed in the CSA and if derived from low THC containing parts such as stalks, they are explicitly deemed legal.

Second, the DEA cannot simply make illegal something that Congress has already deemed legal as per the Constitutional separation of powers.

Finally, products derived from industrial hemp cannot be inhibited from production, sale or use with Federal money because industrial hemp production (and importation) is protected under the Agricultural Act of 2014.

What Can You Do?

What can we all do as patients, as small businesses, as people against the continued overreach by government? While we wait for the legal system to process this new illegal ruling by the DEA, what can we do in the meantime to push this issue into the national discussion? There are a few things we can do right now:

1 – Sign this petition in order to get your voice heard in the White House. https://petitions.whitehouse.gov/petition/please-do-not-make-cbd-schedule-1-substance

2 – Inform yourself about the Convention of States, a push to take powers away from Federal elites who are currently running the states into the ground through overreaching their constitutional powers.  Article V allows for the Constitution allows for a Convention of States to be called to restrict the power and jurisdiction of the Federal government. http://www.conventionofstates.com/

3 – We need to take action each in our own way. Perhaps this is simply educating those around you about the differences between THC and CBD and about the proven successes CBD is having fighting a fast variety of diseases. Others might be able to donate, or volunteer their time where needed.

We don’t know what will happen but we suggest stocking up on CBD to be safe. Get the highest quality cbd right here.