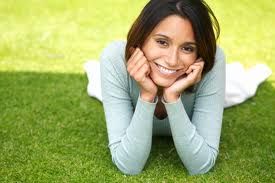 Unending joy is something that all of us aspire for. However, we often confuse happiness with the short spurts of joy provided by material abundance. And then despair when the happiness fades away.

We all feel happier when we fall in love, have a baby, buy a new home, or land a new job. But over time, our happiness returns to its previous level.

Kennon Sheldon, professor of psychological sciences at MU, attempted to create a model to help people achieve more happiness through beneficial changes in their lives.

“The model consists of two major components: the need to keep having new and positive life-changing experiences and the need to keep appreciating what you already have and not want more too soon,” Sheldon says.

For many people in the study, a positive change in their lives resulted in increased happiness, but for most, the happiness faded after six weeks.

How do we stay happy?

Researchers found that people got used to the changes that made them happy, and eventually they started wanting more.

“The majority got used to the change that had made them happy in the first place,” Sheldon said. “They stopped being happy because they kept wanting more and raising their standards, or because they stopped having fresh positive experiences of the change, for example they stopped doing fun things with their new boyfriend and started wishing he was better looking. A few were able to appreciate what they had and to keep having new experiences. In the long term, those people tended to maintain their boost, rather than falling back where they started.”

Everyone has something to be grateful for. And happiness comes from being grateful. Simply by moving your attention to the things you have in your life, you can shift from a state of stress to a state of bliss.