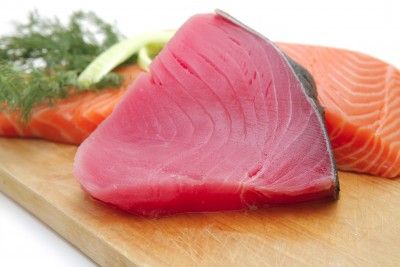 From cod to clams and tuna to salmon, seafood is loved by millions in the US. However, not surprisingly, consumers know very little about the seafood they eat. And even when they do know, the information is often far from correct. In one of the world’s largest seafood fraud studies until now, this shows up rather clearly.

One-third of fish are not labeled the way they should be. That’s exactly what the new report released by Oceana, an international ocean advocacy group, suggests. The results the report reveals are based on a study the group conducted between 2010 and 2012. Around this time, they scoured 21 states, visiting 674 retail outlets and collecting 1215 fish samples. The samples were collected for DNA testing. Austin and Southern California recorded 49% and 52% of mislabeled fish respectively.

The worst hit seem to be tuna and red snapper produce. While the rate at which tuna is mislabeled across the US was found to be 59%, that for red snapper was on the higher side at 87%. 120 samples of red snapper were collected for the study; out of this, only 7 were found to be real red snapper. Of the total white tuna samples that were collected, 84% were found to mislabeled. Investigations proved that the ‘84%’ actually represented Escolar. This is a species of fish that can cause digestive issues in some people. The study evaluated 46 different species of fish, out of which 27 were mislabeled.

If China tops the list of seafood-consuming countries, the US comes right after. However, 90% of the seafood consumed by the country is imported. And, only 1% goes through specific analysis that proves fraud.

While this study has brought to light a subject that is often hushed, it’s definitely not the first to reveal disturbing trends. After reports revealed that 5 billion pounds of seafood was consumed by Americans in 2007, the US Government Accountability Office (GAO) conducted a study.

The study specifically addressed the activities of three federal agencies that have an important role to play in analyzing and preventing seafood fraud – Customs and Border Protection (CBP), Food and Drug Administration (FDA) and National Marine Fisheries Service (NMFS).

The 2009 report stated that the FDA analyzes only about 2% of the total seafood that is imported every year. Even in its primary seafood oversight program, the FDA does not accommodate the analysis of economic fraud risk. That apart, the GAO report also suggested that the three federal agencies don’t collaborate enough to address the seafood fraud issue, that they neither have a common goal nor joint strategies to treat the growing problem at hand.

What are the consequences?

The numbers are surely disturbing but what’s even more disconcerting is the way consumers are being taken for a ride. Like any other relationship, one that exists between a consumer and seller is built on trust. However, a seafood fraud situation as massive as the one that’s just been uncovered puts a few big questions up there – as a consumer, is it safe for you to trust a seller or supplier? And, even if you do come to the conclusion that there’s no way out other than trusting restaurants where you dine and stores you buy from, on what are you basing that conclusion? Would you say it’s alright for you to not know what seafood you’re eating?

Mislabeling means a couple of things in the end. For one, the average consumer is not being allowed to exercise the right of choice. Lack of informed decisions also point to an environmental challenge. People buy fish without knowing if a particular is species is slowly moving towards extinction. Unknowingly, consumers contribute to a problem that has already been made worse by overfishing. This is in direct conflict with environment-friendly efforts. Next come health concerns into the picture. Allergens, contaminants and toxins are more prevalent in certain fish species than others, making the latter a serious health threat.

Cheap rates and easy availability are the last reasons why consumers should pay such a heavy price. Whether it’s to do with conservation concerns or even personal concerns like health, every consumer deserves to choose and buy exactly what they’re looking for.  And until that happens, you won’t be able to eat that fish on your plate – without a single doubt floating up.