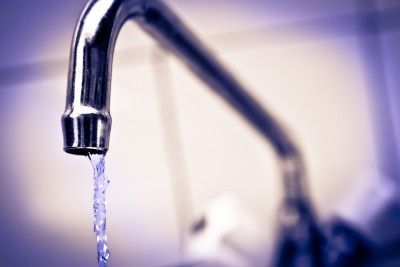 What water fluoridation is, when it started, and why it is undertaken

Water fluoridation is the addition of fluoride, in controlled quantities, to a community’s drinking water supply.

In the U.S., water fluoridation was introduced on a big scale in the late 1940s. Today, nearly 70% of the country’s population drinks water that contains fluoride, according to the Centers for Disease Control and Prevention (CDC for short).

It was done because of the following reasons:

More than 66 years after its adoption, a 2006 report of the National Academy of Sciences stated that water fluoridation was not such a brilliant idea. This controversial report stated, in clear terms, that there was substantial evidence linking overexposure of fluoride to dental problems in children.

One by one, all early beliefs are found to be wrong

The truth: Fluoride is effective when taken topically, not when it is ingested.

The truth: Tooth decay rates fell sharply in the last few decades of the last century in all Western countries, irrespective of whether they had added fluoride to the water or not.

The truth: Tooth decay rates are declining even after water fluoridation is being stopped in some places.

The truth: Widespread tooth decay has occurred in poor urban areas even when the water was fluoridated. In short, water fluoridation is ineffective in preventing tooth decay.

The truth:  No tangible difference in tooth decay rate was recorded between the unfluoridated and fluoridated communities.

With more and more experts claiming that water fluoridation is harmful, a new risk assessment study was ordered. The study revealed that nearly 40% of adolescents had some sort of tooth problem due to the excessive ingestion of fluoride.

Over the years, other studies have also brought the harmful effects of excessive ingestion of fluoride to light. For instance, a few independent studies revealed that excess fluoride can increase the risk of weak bones, which, in turn, can lead to bone fractures and bone abnormalities. Certain other studies have linked excessive ingestion of fluoride to hormone disruption, neurotoxicity, and cancer.

The Environment Protection Agency and the Department of Health and Human Services has revealed that they support the reduction of fluoride content in drinking water.

Does the decision to decrease water fluoridation teach us something? It actually does. There are two important points that can be derived from all this: