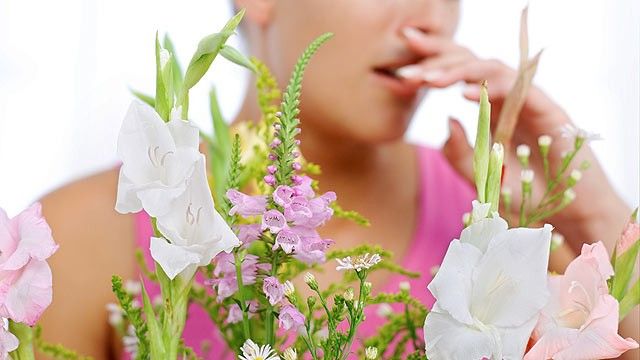 (BeWellBuzz) A study just released through JAMA Pediatrics takes a good look at kids in America and finds a surprising explanation for the rapid rise of allergies and asthma in recent generations.[1]

Asthma is briefly defined as a respiratory disease often arising from allergies. According to the American Heritage Medical Dictionary, an allergy is “an abnormally high acquired sensitivity to certain substances…” The World English Dictionary dubs it “a hypersensitivity.” It also gives the informal definition, “an aversion,” which is another way of saying disgust.

Abnormal, hypersensitive, disgusted; this sounds like the profile of a homicidal maniac, not the common disorder affecting an estimated 60 million men, women and children in the USA. That’s about 1 in 5 Americans.[2] Allergies are considered a chronic disease of the immune system, where defenses mount attack against harmless substances. The Asthma and Allergy Foundation of America calls it an “overreaction.” Is this a case of paranoid lymphocytes[3]?

Some say it could be, or else just lack of training.

The study’s findings are reminiscent of the hygiene hypothesis, coined by German health researcher Dr. Erika Von Mutius.[4] In the 1990s she sought to prove that the sudden rise in cases of allergies and asthma was a result of air pollution. Comparing a poor, generally dirtier area in East Germany to its cleaner, better kept opposite in the West, she hypothesized that the children on the East side would have a higher rate of asthma and hypersensitivity to allergens.

Instead, she discovered that the opposite was true. In the “sanitized” areas kids had more allergic reactions and asthma. She saw that several factors were at play; nevertheless, Mutius contends that all factors converge on a single point: exposure to pathogens.

City kids are more likely to attend day care and share bedrooms, thus exposing them to others hosting various colds and viruses, not to mention pets and the stuff in the polluted air. When the environment is so hygienic it becomes nearly or entirely sterile, she claims, immune cells don’t have the chance to face a real threat, and lack a clear picture of an invader versus a perfectly friendly grain of pollen. It simply can’t distinguish. Rather than depressing their immunity, catching infections at a young age appears to train the immune system.

The recent analysis surveyed 91, 642 kids in American schools from 0 to 17 years old and tallied cases of asthma, eczema, hay fever and food allergies. The foreign-born children showed significantly lower odds of developing any form of atopic disorders. Compared to American-born, these youths were

If their parents were also born outside the United States, the kids had even better chances of averting the immune disorder. However, if they lived in the nation for 10 years or longer, as compared to kids here for 0-2 years, their likelihood of developing eczema and hay fever increased. This suggests that the “protective effects” of their native birth aren’t life long, but remain subject to environmental factors. It could be a solid case of use-it-or-lose-it.

Scientists are now looking to get beyond statistics and root out the causes. But what if it is just too much Clorox and not enough – gulp – influenza? If you knew it’d make them stronger, would you consider a less sterile more potentially germy environment for your kids? They’ll still wash their hands with soap and water before dinner, but playing with other kids, catching their measly colds and chickenpox, and hanging out with cats, dogs or cattle might just be a missing link in providing the best environment for our kids’ future health and happiness. It seems counterintuitive but, hey, stranger things have happened…right?