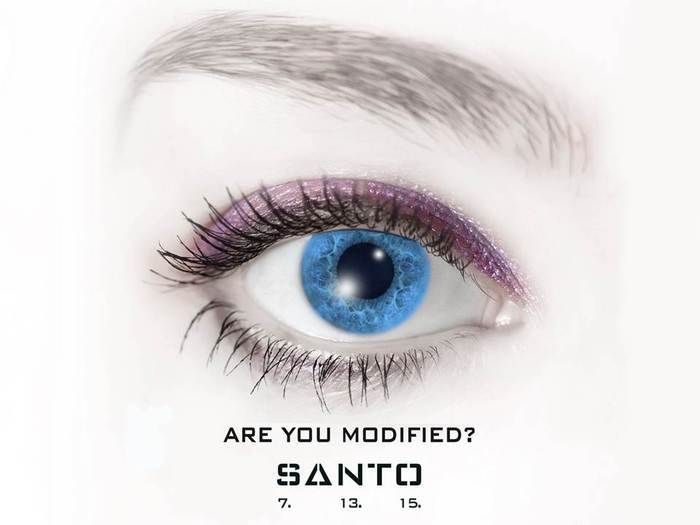 (BeWellBuzz) If you search the internet for Robert Everest you’ll probably find info on a contemporary musician, not the filmmaker behind the potential blockbuster movie Santo 7.13.15. Santo’s creator recently adapted this stage name to help shield the onslaught of attacks coming from high-power, big money resistance.

Why would the big-wigs come after him, you ask?

If you haven’t noticed, “santo” is the latter part of the name Monsanto. If you haven’t heard of Monsanto before, you will now. The dish about this multinational, multibillion dollar agribusiness conglomerate has been rampant… among independent news sources, that is. The empire has become widely known as a major biotech food company, creating and distributing artificial/GMO seeds, pesticides and the like.

Everest along with a growing army of anti-GMO activists have watched as mainstream media mostly ignored the March Against Monsanto in May of this year. These activists know all too well that battle cries against Monsanto pose significant risk to the people who voice them. It’s not only agribusiness; there are elected officials and FDA executives sitting on the boards of major biotech companies. Margaret Miller is a perfect example of the games ensuing. In 2009 she made a splash in the news, which discovered that she’d conducted research under the employ of Monsanto on rbGH-treated cows. That research was to inform the FDA of the safety or danger of rbGH dairy. Somehow, Miller left the employ of Monsanto to work for the FDA just in time to write the approval for her own lab report on rbGH-treated cow milk; and furthermore, she expressed her opinion that these milk products ought not to be labeled.[1],[2]

The powers that be have been planting these seeds for decades. Their roots go deep, and it’s unlikely they’ll be uprooted easily.

During an exclusive live interview with Mike Adams of Natural News,[3] Everest expressed that although there’s no avoiding a fight with the GMO giant, his purpose is not so much to attack any single entity as to inform the masses of what’s been happening right under our noses.

And with that trumpet call Everest has joined with the ranks of activists and become a target.

As he tells it, Robert Everest was enjoying a rise to fame and success in Hollywood when he got a gruesome call from his mother. She’d been diagnosed with stage 4 lung cancer. Though he’d just had a role in a feature film, was writing two new scripts and had already completed his own independent film, the artist presently known as Robert Everest preferred to care for his mother than to continue in hot pursuit of his career.

Little did he know that this decision would change him forever.

Everest became determined to discover the cause of his mother’s cancer, hoping that unearthing the cause would give way to the intervention. But he soon discovered that the cosmic soup was thicker than he’d at first thought. Led by the wisdom of Hippocrates, Let food be thy medicine, he wondered if food couldn’t also become our poison. As he turned his attention to the food supply he was quickly led on a trail of toxic pesticides and genetically modified organisms (GMO foods).

Pesticides are proven toxic to the human body. There are no long-term studies demonstrating the effects of GMOs on human beings or the environment, yet the stuff’s been in our food supply at least since the 80s. More recently, animal studies have shown organ damage, infertility and even the development of tumors as a result of consuming a diet of GMO crops. Add to that the new development of super weeds and, even worse, super bugs that are outwitting our pesticides and failing crops anyway. These are being called “self-replicating pollution.” Nice, right?

It should be alarming that in 2011 Hungary burned to a crisp nearly 1000 acres of crops after discovering they’d been sold GM seeds. Farmers in Hungary understood that cultivating these crops would cause their seeds to spread through the environment, and were willing to sacrifice a year’s worth of harvest to prevent it.

Adams chimed in that genetic modifications are not like selective breeding, which is a natural process. Genetic engineering is artificial. Nature has never combined the DNA of animals with plants, or insects with fish, or lizards with humans. These modifications are completely synthetic, man-made.

“Evolution has done its own genetic modifications…but the moment that man started tampering with it I was starting to get into the rabbit hole of information about things like autism, autoimmune diseases, cancer and diabetes.”

He claims that prior to the proliferation of chemical pesticides and GMOs these diseases were scarce, but as our synthetic measures to overcome nature came into play, the epidemics took hold.

And what does Big Farma have to say about it? You may remember a quote by Monsanto’s Director of Corporate Communications Phil Angell? In the 1998 article, Playing God in the Garden, the NY Times documented Angell’s very honest statement:

“Monsanto should not have to vouchsafe the safety of biotech food,” he said. ”Our interest is in selling as much of it as possible. Assuring its safety is the F.D.A.’s job.’‘[4]

If you’re wondering about motive, remember that anyone who creates a “new” seed owns it and all of its offspring for all generations into perpetuity. And whoever owns the food supply rules the world.

So what’s the purpose of the movie Santo? Everest says, quite simply, it’s to point it out. Not enough people understand the reality we’re facing, which he, Adams and the anti-GMO movement say is truly dire. His goal is to tell a story, not a documentary but a narrative, that accurately points out what’s going on now, and what may be to come.

Yet in the midst of it all Everest makes a heartfelt assertion, “My goal is to bring people together.”

Everest posed the question, Why is biotech winning? So far in this process he’s encountered two avenues of resistance. One is the expected push from biotech companies hoping to shut him down before the message gets out. Film studios that were hot about the script early on were later intimidated out of the deal. Robert was allegedly offered a great deal by a major studio, so long as he was willing to take out the GMO part… Right. That makes sense.

In addition to taking the heat from studios for spearheading a highly controversial issue, Everest may have been spotlighted by a highly organized anti-public relations campaign. Either he’s a reeeeally good con artist that has fooled prominent anti-GMO leaders and Mike “The Health Ranger” Adams, not to mention the senior fraud experts at indiegogo who verified his legitimacy, and Everest’s attorneys who confirmed his identity; or, the controversial writer has been the victim of public smearing.

Adams says it’s easy for well-paid public relations specialists to “create confusion and doubt” surrounding a public figure. All they have to do is begin posting slanderous or implicating statements in strategic social media spots, release a few shadowy press releases, and they get first dibs on public opinion.

But this was somewhat to be expected.

The other roadblock was much less expected.

In-fighting. The writer/director explained that even the best and brightest organic, anti-GMO entities refused to support his project because of fear of losing the market share of donations. The mindset of donation-dependent movements can become every-man-for-himself. Everest hopes that his work will bring people together for the common cause. In the meantime, the anti-GMO community didn’t bless Everest with the support he’d hoped for.

One prominent figure, however, has backed him wholeheartedly. Founder of March Against Monstanto[5],[6], Tami Canal was interviewed at Natural News and quoted,

I think that it’s shocking how more people haven’t yet gotten behind it [Santo] in the GMO-free coalition, because I really feel Robert is on our side, and we have this forum to really reach the masses. I think more people should get on board with the film. I really support it. We all need to support it. Nobody else is coming forth with a plan to reach the masses in such a poetic way. This could be the thing that really catapults the cause… and this is a great thing to bring awareness. [7]

In short, the movie is about Maxwell Cooper, a man living in a dystopian future. Autoimmune diseases and sterility are plaguing the human race, when Santo Corporation offers to help. Their method: genetically modify humans. But unbeknownst to the people, once they or their unborn babies receive genetic modifications they become the property of Santo Corporation. Everest explains that the story sells itself, but its purpose was never just an entertaining movie. Through it, he intends to shed light on things that have been hidden from the general public.

So when studios asked him to kick the GMO and Santo parts he refused, explaining:

“This movie was about us and about the implications of genetically modified organisms in our future, in our lives, and that in itself was more important than any dollar amount or any studio deal could’ve meant to me.”

Everest is currently receiving donations towards his goal of $300,000. Each donation from $10 up to $9500 also wins you a special gift, clearly stated on the donation page, some of which include appearance in the film. To read more about it, watch the current trailer or make a donation visit http://www.indiegogo.com/projects/santo-7-13-15-gmo-movie.

[4] The New York Times: Playing God in the Garden