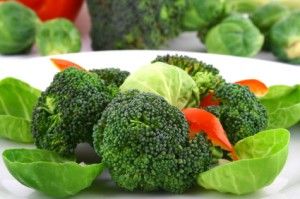 Vitamin K is a group of fat soluble vitamins that are needed for the posttranslational modification of certain proteins, mostly required for blood coagulation but also involved in metabolism pathways in bone and other tissue.

Why do we require Vitamin K?

Healthy blood clotting is essential for our everyday health. The ability of our body to clot blood efficiently prevents excessive bleeding when we suffer a skin wound.

Vitamin K deficiency bleeding is a rare disease that occurs in approximately 1 in 10,000 newborns. The disease can cause significant damage to the brain of the newborn, and in some cases, can also lead to death.

Which newborns are at greater risk of developing Vitamin K deficiency bleeding?

Babies born to mothers who were on certain drugs such as anticonvulsants during pregnancy may be prone to Vitamin K deficiency bleeding. Additionally, premature babies and babies who have liver disease are more susceptible to this type of bleeding disorder.

Why extra Vitamin K is given to all newborns?

It makes more sense to give extra Vitamin K to only those neonates who are at an increased risk to Vitamin K bleeding. However, in reality, this is not a feasible option, as this bleeding disorder occurs without warning and can be fatal. That is why all infants are given extra Vitamin K after birth.

How extra Vitamin K is given to neonates?

Vitamin K is given either through injection or orally. One Vitamin K injection after birth is sufficient for preventing Vitamin K deficiency bleeding. If you choose to give your infant Vitamin K orally, ensure that your newborn gets three doses: Dose 1 at birth, Dose 2 after 3 to 5 days, and Dose 3 after 28 days.

The best way to give infants Vitamin K is through injection, as only one dose is required and the question of missing the dose does not arise. In case you decide to give Vitamin K orally to your newborn, it is essential that you keep the following things in mind:

Is Vitamin K safe for newborns?

Recently, two studies were published that studied 4000 cases and found no link between childhood cancer and Vitamin K usage.

The American Academy of Pediatrics recommends a single injection of Vitamin K for all newborns and states that the link between Vitamin K and blood cancer is unproven.

What if I don’t give my newborn Vitamin K?

You would be putting your child at a greater risk of developing Vitamin K deficiency bleeding if you don’t give him/her a Vitamin K shot or oral dose.

We don’t recommend that you make the choice of not giving your infant Vitamin K. However, if you do make this choice, then you should watch out for the symptoms of Vitamin K deficiency bleeding in your child.

Although very rare, Vitamin K deficiency in adults may occur if a person is on anticoagulant drugs, or has a severe liver damage or disease. Additionally, adults who suffer from disorders of fat mal-absorption may also be more susceptible to Vitamin K deficiency.

Research also points that people who are Vitamin K deficient may have a greater risk of bone fracture.

Depending on the underlying condition that is causing Vitamin K deficiency and level of the deficiency, your doctor may recommend you diet rich in Vitamin K, Vitamin K supplements, or drugs to improve the level of Vitamin K in your body.