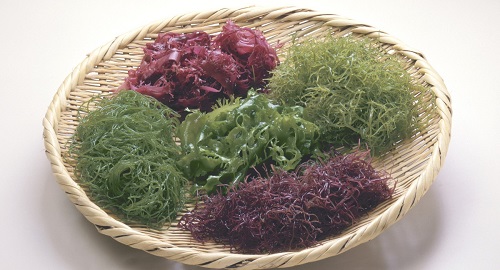 The food industry is headed toward exciting directions and there’s no turning back. Here are the ten unmissable food trends, identified by Mashable.com, that we can expect to see in the coming year.

Buckle your eating pants, because 2016 is going to be a wild — and delicious — ride.

Technological advancements, a planet that is buckling with too many humans eating too much meat, and the ever-growing popularity of food on social media — all factors that will impact unmissable food trends next year.

The type of food we eat, the flavors we crave and how we think of food is evolving, and it touches all aspects of our lives. From women in beer to bugs in burgers, here are 10 of the trends we are most excited to dig into this year.

Bring your fork and your appetite.

Creepy-crawlies have been de rigeuer in night markets and street food stands for years, especially in places like Asia and Mexico. Now, bugs are set to go mainstream on a global scale.

They are inexpensive, a good source of protein and, many say, delicious. Crickets are already found in protein bars and cocktail bitters. A bug-focused restaurant in the U.K. is making a splash with cumin mealworm hummus and cricket, mealworm and grasshopper burgers.

The need for a sustainable source of protein and nutrients for the human population is only increasing and so is open-minded thinking when it comes to eating insects. Scroll down for a grasshopper recipe to try at home.

Boys club no more. Though beer brands have, for awhile, courted female customers through labeling and new flavors, women are taking the helm in the brewing process at an exciting rate.

Emily Engdahl is the executive director of Pink Boots Society, a nonprofit organization that empowers and educates women in the brewing industry. She tells Mashable, “We [women] have about a 20 to 25% representation in the industry right now that has remained solid and building over the last four to five years.” She expects that trajectory to keep climbing in 2016.

Megan McKay, president and cofounder of Peace Tree Brewing Company recently participated in Invest in She, an investment competition that earned her $12,000 to expand her business. But she says she would love to see more women in the business of beer.

Georgia is headed for its first female-owned brewery by next year at the latest.

On the homebrewing and consumer front, Pinterest reveals to Mashable women are Pinning beer content 700% more than they were this summer.

Ladies, belly up to the bar. There’s still more work to make the beer industry inclusive to both women customers and employees. We’re not there yet.

What Korean and Mexican foods were to the last five years, Filipino food will be this year.

The sweet, salty and tangy flavor combinations will spark new interest among the dining crowd. Filipino food fuses elements from Spanish, Chinese and Malaysian cuisines into an entirely unique dining experience. Pork, garlic and vinegar all factor heavily into Filipino cuisine, and there is a big dessert culture, too.

Check out tangy pork adobo, crispy egg roll-like lumpia and creamy leche flan for your first, delicious foray into Filipino cuisine. If you prefer to dine at home instead of a restaurant, head to your favorite Filipino food blog for inspiration.

The upside to chefs leaving NYC is that the regional cities where they are relocating are bound to become bonafide foodie destinations.

There’s no excuse to ditch your high school reunion — now, those small towns just have too many amazing restaurants to pass up.

Cult favorite Japanese noodle chain (based in the UK) Wagamama makes its NYC debut (though it’s already in Boston) in 2016. Further down the line, in 2017 Filipino fast food giant Jollibee heads to the land down under to peddle its fried chicken and spaghetti, pancake sandwiches and halo-halo desserts.

Ordering food from your favorite restaurants is so last year. This year, look for companies that contract chefs to prepare meals exclusively for delivery service.

These companies spend money on a kitchen space instead of a huge service staff and/or restaurant dining room, and then use those savings to hire excellent chefs and either contract out delivery or work with their own delivery staffs to get your meal to your door. Price ranges vary, though David Chang-backed Maple goes for $12 per lunch, tip and delivery service included. Chefery in Las Vegas, and Gather, launched by Seattle chef James Perch, have also garnered attention.

The reasonable prices, seasonal menus and exclusive, curated experience by a chef gives traditional restaurant delivery a run for its money.

Because you’re embarrassed to order yet another spicy tuna roll for lunch. This Hawaiian dish of marinated (usually raw) seafood with seasonings like soy, salt and green onions was huge in Los Angeles this year, and with its first foray into the NYC market, is poised to explode globally.

Familiar to those who love sushi, poke can be served in a myriad of ways and is just different enough to be exciting. Though it can be eaten as is with just a fork, it can also be served with rice. And much like the sushirrito, poke nachos are coming down the pike.

The U.S. cannot sustain its current way of consumption. At a base level, we are eating too much meat, which results in excess greenhouse gasses and not enough food to feed our ever-growing population.

That’s part of the reason companies are creating meat replacements, meal shakes that are totally vegan and sustainable, and egg substitutes that are non-GMO, vegan and can be used everywhere from cakes to omelettes.

PETA tells Mashable, “Technology is making a new era in food possible, as we’ve seen from a wave of innovations driven by people’s desire to avoid animal-derived foods, which are cruelly produced, unhealthy and environmentally devastating.”

Though you might still enjoy the occasional steak, it’s impossible to ignore the new wave of food technology and sustainability.

Seaweed is the new kale. Japanese and other Asian cuisines have been eating seaweed for centuries, but western nations are taking notice of the marine algae for its sustainability, high nutritional content and delicious taste.

There are many types of seaweed, all with different flavor profiles, and seaweed is now being cultivated particularly for human consumption.

The Maine Seaweed Festival more than doubled its number of attendees in 2015, and a recent study by University of Southern Denmark professor of biophysics, Ole G. Mouritsen, says seaweed may be so beneficial in reducing cardiovascular disease. Plus, there’s seaweed that tastes like bacon, for the meat lovers out there.

Chef Dan Barber led a revolution when his 2015 pop up restaurant WastED served gourmet meals made entirely of refuse, which high-end restaurants had discarded at the end of each day. He isn’t alone in his journey to show the world that, by utilizing more than we throw away, we can start to combat our hunger problem. So much food is thrown away simply because it’s not aesthetically pleasing, not because it’s unwholesome.

The tides have begun to turn. Already, items like fish ribs are popping up at trendy NYC restaurants; Silo in the UK prides itself on using foraged plants and every part of the animal; and Michelin-starred chef Grant Achatz’s upcoming concept Roister will heavily feature vegetable byproducts like apple pulp.

These changes aren’t a fleeting trend; it’s the new way chefs and consumers are thinking. Waste not, want not can actually taste as good as it makes you feel.

Adapted from Tacopedia by Deborah Holtz and Juan Carlos Mena. (Reprinted with permission from Phaidon.)

Serves four as an appetizer.

In Mexico, grasshoppers (chapulines) are sold prepped and ready to eat, so it’s important to find the freshest ones, ensuring they are of tested provenance and quality.

One way to prepare grasshopper tacos is to spread a thick base of guacamole, then sprinkle the grasshoppers on the guacamole. Top with the salsa of your choice.

Simpler tacos can be made with just the grasshoppers, a few drops of lime, salt, and some salsa — great with a shot of mezcal.

You can also spread a base of refried beans, add the grasshoppers, and a good spoonful of “drunken” salsa.

Yet another variation consists in preparing the taco with a corn tortilla, some shredded Oaxaca cheese and a healthy serving of grasshoppers, then heat everything up on a griddle. (Though this taco is more like a quesadilla.) Accompany with arbol chile salsa.