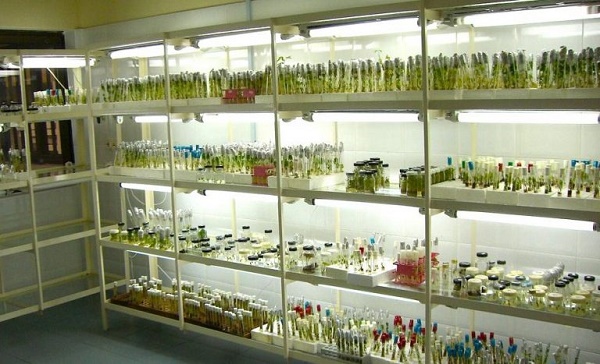 Public skepticism is growing over a new report that claims genetically modified (GE or GMO) foods are safe for consumption, particularly as information emerges that the organization that produced the report has ties to the biotechnology industry.

Genetically Engineered Crops: Experiences and Prospects (pdf), released Tuesday by the federally-supported National Academies of Sciences, Engineering, and Medicine, states not only that GMO crops are safe to eat, but that they have no adverse environmental impacts and have cut down on pesticide use. Its publication comes as U.S. Congress—which founded the institution—considers making GMO labeling mandatory on consumer products.

However, one day before publication, the environmental advocacy group Food & Water Watch (FWW) reported in an issue brief (pdf) that the National Research Council (NRC)—the National Academy of Sciences’ research arm—has deep ties to the biotech and agricultural industries, which FWW says have “created conflicts of interests at every level of the organization.”

The NRC and the National Academy of Science take millions of dollars in funding from corporations like Monsanto, DuPont, and Dow Chemical, FWW reported in its issue brief, Under the Influence: The National Research Council and GMOs (pdf).

Representatives from those companies—along with Cargill, General Mills, and Nestlé Purina, among other GMO-friendly businesses—also sit on the NRC’s board that oversees GMO projects. NRC has not publicly disclosed those ties, FWW said. In fact, more than half of the invited authors of the new report have ties to the industry.

According to the issue brief, not only does the NRC have a history of bias toward the industry, it has also worked to silence critics of GMOs and of the companies that sit on its board.

“While companies like Monsanto and its academic partners are heavily involved in the NRC’s work on GMOs, critics have long been marginalized,” said Wenonah Hauter, FWW executive director. “Many groups have called on the NRC many times to reduce industry influence, noting how conflicts of interest clearly diminish its independence and scientific integrity.”

Weak, watered-down or biased findings from the NRC have a very real impact on our food system. Policy makers develop “science-based” rules and regulations on GMOs based on what the science says—especially what the NRC says, because it is part of the National Academy of Sciences, chartered by Congress to provide scientific advice to the federal government.

And this is where science can become politicized. Companies like Monsanto need favorable science and academic allies to push their controversial products through regulatory approval and on to American farms. Corporate agribusinesses pour millions of dollars into our public universities, play a heavy hand in peer-reviewed scientific journals and seek to influence prestigious scientific bodies like the National Research Council.

Despite these criticisms, the NRC has continued to cover up its connections to agribusiness and the true influence the industry wields over its research.

In its issue brief, FWW called for specific changes to combat industry influence:

“Agribusiness companies like Monsanto have an outsized role at our public universities, at peer-reviewed journals, and the NRC,” Hauter concluded. “We won’t have good public policy on new technologies like GMOs until these rampant conflicts of interest are exposed.”