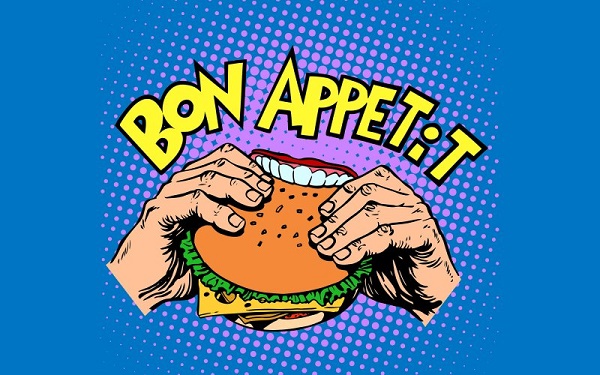 So much time, money, and, well, energy are put into burning off all that food. But does all that over exercising really make a difference? This post from The Daily Beast probes the apparent reasons for the significant increase in obesity rates in the last 35 years.

We eat too much. Period.

And because we eat too much, we try to cancel the ‘calories in’ with ‘calories out’ equation via exercise. We use exercise as our safety net for our eating habits.

But the math isn’t that simple. And too much exercise might even be making us fat. There, I said it.

Exercise poses tremendous benefits to the mind and body, and I am a huge advocate for incorporating as much active living—taking the stairs while at work—or physical activity into our lives as possible. Who doesn’t like planking next to a tree in Central Park on a Saturday morning among the hordes of smoking, European tourists who just watch and stare at us crazy, fitness-obsessed Americans?

But it could be all for naught if the intention of our exercise is for weight loss.

Since the 1980s, the U.S. has gotten measurably fatter. Have our lifestyles changed? In one way they have not. We move no more now than we did 30 years ago. According to a 2008 study in the International Journal of Obesity, our energy output has not declined since the 1980s and matches energy expenditures of wild mammals. In fact, we are only getting fatter, as obesity rates have more than doubled over the past 35 years.

What does this mean?

We should not feel guilty sitting on our couches while binging on Game of Thrones because we did the same thing with the Back to The Futuremovies in the ‘80s—when we were still thin. The only difference is wallpaper is no longer in vogue, VCRs are a foreign concept to my seven-year-old nephew, and I spend way too much time talking about the Night’s Watch.

But physical inactivity is one thing. Exercising to lose weight, however, is the question at hand.

How certain are we that exercise doesn’t help with weight loss?

Vox media recently reported about it: “Why you shouldn’t exercise to lose weight, explained with 60+ studies,” and hit-home the message that exercise is excellent for health, but not for weight-loss. It’s a great read. The New York Times touched on the subject in 2014.

I’ve taken things a step further by arguing exercise, particularly too much, might be making us fat.

One theory is that exercise may make us feel like we earned our food—our reward for all that hard cardio or heavy lifting. We exercise and then we gorge. We may even drink a beer to keep the high going—more empty calories. The former is called an acute eating episode. I’ve fallen victim to it. The latter happens because I grew up in Milwaukee.

According to a 2011 study in the Journal of Obesity, for some obese individuals who exercised under medium-term supervision for a 12-week intervention, the physical activity increased the reward value of high-energy food for them—like sweets or pizza—and diminished the impact of exercise on fat loss. It didn’t happen with everyone, and it was a small sample size of only 34 obese male and female participants, but the take away is that if you go into your exercise program and already have an increased liking for foods, this can make you eat more calorie-dense, high-energy foods in response to exercise.

It’s almost like we’re avoiding the real problem—our food addiction—when we exercise; or we exercise to cancel out our food choices later.

Consider that excessive exercising and dieting could flare up an acute eating episode—a typical slice of pizza has 410 calories. This won’t solve any problems.

Exercise also might radically slow down the metabolism if you work out really hard for months on end like we witnessed in a study about The Biggest Loser contestants from season 8 (this is not what I would consider a normal or healthy weight loss procedure).

These calories mean nothing because the majority of what is being burned is glucose to fuel movement, stored as liver and muscle glycogen or circulating blood. A typical person has about 1500 calories of available glycogen in the body. Glucose is what fuels most of our explosive movement, not our belly fat, when doing burpees with Bobthe trainer.

So what’s the point of all this?

Thinking that exercise cancels the food we eat really boils down to our obsession with the calorie.

According to this 2014 paper in the journal Metabolic Syndrome and Related Disorders, the answer for weight loss may be found in what we eat and the climate in which we live.

“Increasing exercise time may not be a major factor in obesity prevention for the general public. Simply increasing activity through exercise in the absence of a significant lifestyle dietary modification is unlikely to have a significant impact. On the other hand, lifestyle modifications involving diet alone can significantly impact both obesity and chronic disease,” the authors of the paper write.

Simply put, exercise without changing food habits probably won’t result in weight loss. Better yet, place all your bets on changing your food game if you’re to do anything at all.

And lead author Ray Cronise of the study, a former NASA scientist who was obese and pre-diabetic, turned his life around by doing exactly what the paper suggests: eating nutrient-dense foods and calorically restricting what he ate.

His book, Our Broken Plate, a top-ten funded Kickstarter journalism project of all time, is due to come out late summer where he addresses the dialogue surrounding food, the American obsession with the calorie, as well as the unintended health consequences driving chronic overnutrition as a result of our society organizing foods as proteins, carbs, and fats.

Exercise causes energy loss, but it does not necessarily cause fat loss. And interestingly enough, though we are moving just as much now as we did 30 years ago, the number of overnourished people exceeded the undernourished in 2011, according to this World Disasters report.

Lesson learned, exercise might not be the most efficient way to rid the excess fat we’ve accumulated through our overnourishment. Do wild animals exercise? In nature, animals eat to support their activity. Humans do the opposite: we do activity to support our eating. We might be the only species that intentionally exercises to off-set the consumption of calories we consume, and something is not working.

Source: Could Exercise and Our Obsession with the Calorie be Making Us Fat – The Daily Beast