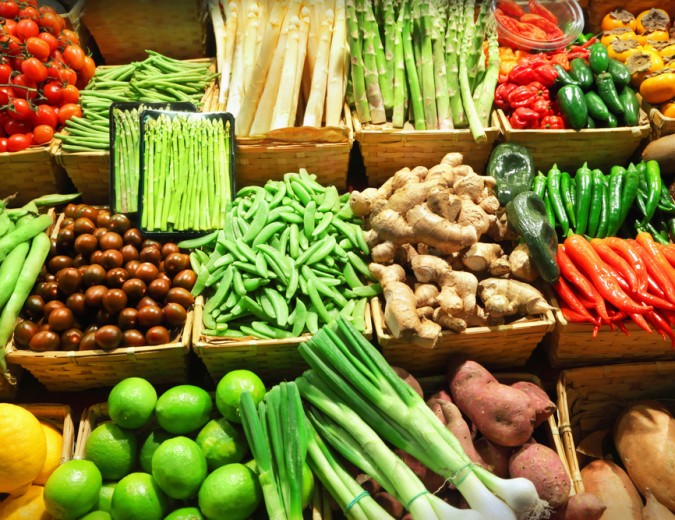 A group of 25 scientists published their very clear findings on organic Vs non-organic meat and dairy products. This post from reset.me presents more proof of organic, foods being far superior for health and wellness.

To a world raised on conventional foods and thinking, scientists and consumers alike have been touting the nutritional value and overall healthfulness of organics. And as a new study reveals more insight into the value of organics, those who before avoided the truth are once again forced to ask the question: Is organic food really inherently healthier than conventionally grown?

After reviewing over 150 papers on organic vs. non-organic meat and dairy products, a group of 25 scientists published their findings in the British Journal of Nutrition on the very clear differences between the two.

What they found throughout their study was that the amounts of omega-3 fatty acids in organic meat and dairy products are consistently about twice as abundant in organic as opposed to non-organic. They found that organic milk products have on average 56 percent more omega-3’s, while organic meats have around 47 percent more.

Omega-3’s play a role in a wide variety of functions in the body. Because of their apparent ability to help the heart beat at a steady rhythm, having an adequate intake of omega-3’s can help reduce your risk of cardiovascular disease. They also help to lower blood pressure, improve blood vessel function, and in higher doses can easeinflammation, therefore lowering the risk of atherosclerosis.

Considering that the human brain is made up mainly of omega-3 fatty acids, having a higher intake of this important fatty acid gives a much more positive impact on neurological function and development than a lower intake.

A similar study that was also published in the British Journal of Nutrition leads us to the same conclusions, but with different evidence.

This previous study, which also found clear differences between organics and non-organics, was the precursor to the more recent study on dairy and meats, and further supports the pro-organics argument. After reviewing 343 studies on ‘the compositional differences between organic and conventional crops,’ the team of 18 found that switching to organic fruit, vegetables, and cereal would provide additional antioxidants equivalent to eating between 1-2 extra portions of fruit and vegetables a day.

Fruits and vegetables are typically rich in antioxidants, which can prevent or delay certain types of cell damage. Because of their ability to interact with and neutralize free radicals, observational studies show that antioxidants may play a role in treating or preventing cancer. However, no controlled studies have been conducted on the effects of antioxidants for treating cancer.

Selenium, lycopene, lutein, and vitamins A, C, and E are all antioxidants.

Lower Levels Of Pesticides And Other Harmful Compounds

Pesticides, such as Monsanto’s carcinogenic glyphosate, were another harmful compound which had lower concentrations in organic produce. Indeed they were 400 percent more likely to be found in conventional crops than organic ones!

Heavy metals, which can be very destructive to the mind and body, were also found in higher concentrations in non-organic produce. Cadmium, which is one of just three heavy metals (along with lead and mercury) that has a maximum contamination level in foods set by the European Commission, was shown to be almost 50 percent less prevalent in organic crops than conventionally grown ones.

In a world filled with unnatural toxins and ever-increasing illness, the demand for truly natural and healthy foods is gaining momentum. By choosing to eat organic, we are not only making the decision to live happier and healthier lives ourselves, but are inspiring others to do the same and to learn about the nature of our food supply. The age of organic is here, but only you can make the difference in going from a world of illness to a world of health.