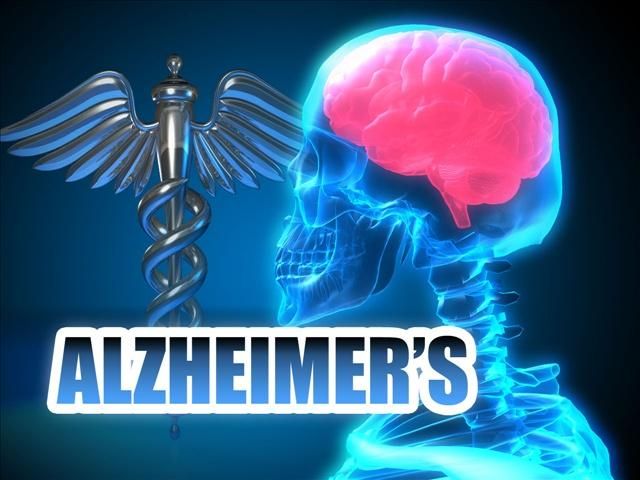 If you’ve ever known anyone with Alzheimer’s disease, you know how heart-breaking it can be. Not only does it destroy a person’s mental abilities and dignity … but it wipes out the person’s very personality, leaving behind a mere shell of a human being. The body is there for you to see, but the person you know and love no longer exists.

That’s exactly what happened to my colleague Dr. Mary Newport and her husband Steve. As Mary describes it, “I was watching my husband of 36 years fade away.”

Things didn’t start out that way, of course. For most of Steve’s life, he was known for his quick wit and sharp mind. He could do complicated math in his head … take apart computers and repair them … fix practically anything else without instruction. If he didn’t have a tool to do something he would “invent” one and make a usable prototype. He was also a voracious reader. And he loved kayaking, cooking, landscaping, and caring for his two daughters.

Indeed, on the day the couples’ first daughter was born, Steve left his corporate job as an accountant so he could work from home. He took over as manager of Mary’s medical practice, handing all the accounting and administrative tasks. The practice grew by leaps and bounds.

But then Steve’s memory started failing him. At first, it was little things, like misplacing his keys and forgetting appointments. But then the lapses became more serious. He started making errors with the accounting and payroll. Forgetting whether had had made the bank deposits. Missing tax deadlines.

A psychiatrist diagnosed him as having depression, and put him on antidepressant drugs and psychological counseling. But of course, that didn’t help. Steve’s memory continued to get worse. He started getting lost while trying to drive home. He couldn’t even remember how to turn on the car’s windshield wiper.

By now it was clear that Steve had dementia. Mary wrote in her journal: “It has been a nightmare to watch his decline. Every night, we hold each other before we go to sleep and I wonder how many more times we will get to do this.”

Mary took Steve to a neurologist, who put him on the drugs Aricept, Namenda, and Exelon. But still, Steve continued to worsen. He’d spend his days walking around the house confused, wearing only one shoe. He couldn’t remember how to use a spoon or how to get water out of the refrigerator. At a family reunion, he no longer recognized close relatives. He even forgot that he had fathered his oldest daughter.

Mary did everything she could for Steve. She cooked for him, gave him his medications, helped him get dressed.

She also tried to enroll him in studies on new experimental drugs. But Steve scored so low on the mental exam that he didn’t qualify for the studies.

When Steve took the Mini Mental Status Exam (MMSR), he scored a 14 out of 30, which indicates severe dementia. And when he took a test where he was asked to draw a clock from memory, this is what he drew: 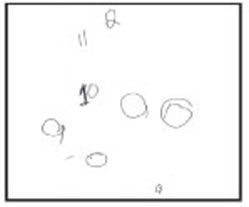 And that’s not all. When Steve took a genetic test for Alzheimer’s, he tested positive for the leading Alzheimer’s gene. And when he had an MRI of his brain, the MRI found a shrinking of the hippocampus and damage to his frontal and parietal lobes.

Still, there were brief moments when the old Steve would make a brief appearance. Sometimes he’d be able to hold a coherent conversation. Sometimes, he would even say something clever or crack a joke. One day, Mary asked if a certain phone call came and he said “no.” Two days later, he remembered the call and what the caller said.

In Mary’s words, it was “Strange to have no short-term memory and yet the information was filed somewhere in his brain. I knew he was locked up in there somewhere, if only there was a key to open up the areas of his brain that he didn’t have access to.”

Little did Mary know that she would soon find that very key.

==>  Continue reading to learn more about this amazing natural treatment ->