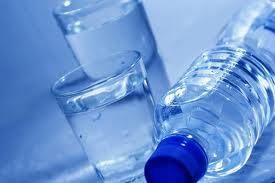 Water is best known as “the elixir of Life”. Today we are alive and thriving because we have water. All plant, animal and human life on earth needs water. As humans, we have made water necessary for generating electricity, for running steam engines, for ironing clothes and for an infinite number of other things in our daily lives. If you look carefully, you will see that the major civilizations in ancient times were set up on the banks of major rivers like the Nile.

The earth is made up of approximately 97% of saline oceans and 3% fresh water. Scientifically speaking, water is a chemical substance that has 2 parts hydrogen and 1 part oxygen that are connected by covalent bonds. Water has many uses. It is a good solvent. It has no taste and no smell. It mixes with most other liquids and it is found in many forms like vapor, icebergs and clouds.

Water is made available for drinking and other purposes via all the fresh water sources. It is transported to far-flung areas through pipes, canals and other portable means. However, all water that is good for use comes only from fresh water rivers and streams. Rivers originate in the mountains where rainwater of melted ice collects. This builds in volume and soon starts flowing down to the plains. Around the world the highest mountains have major rivers coming down to the plains.

Today industrialization and progress has created a lot of pollution in our oceans and rivers. Unlike our ancestors who could drink directly from a river, we now have to use filters and purifiers to rid the water of its added pollutants.  Filtering plants are set up to provide direct drinking water to homes and offices, factories and manufacturing units across the world.

The danger of drinking tap water

Water pollution is a tricky affair. Lakes, rivers, oceans and groundwater are all susceptible to contamination. Pollution can happen at every level, from pipes, ditches, factory discharge, ocean and river going vessel that discharge engine waste into the water and so on and so forth.

The problem arises when all these pollutants find their way into drinking water pipes that are travelling to and fro underground. Even the tiniest pinpoint hole will lead to contamination. It is physically impossible to keep check on the miles of pipe travelling across the city. Therefore, it’s advisable under these conditions to be wary of tap water coming into your home.

In some cities, government has decided to put some additives to the water like fluoride which they believe is beneficial for health. Unfortunately, fluoride has lost its reputation for being safe and is now being promoted as unhealthy.

Tap water is best filtered or boiled and used for drinking. The only reason for this is that one is never sure what kinds of contaminants have found their way in. impure water leads to all kinds of health issues like diarrhea, jaundice, hepatitis etc.

Spring water is considered to be safe for drinking because it literally springs from an underground source. The water is considered free of contaminants as it is believed that the water has come from deep inside the earth where contaminants and pollutants have not found their way yet. It is thought that spring water has retained its mineral levels, as filtration techniques have not been used.

However, logically speaking, this would be true of springs that have sprung up in the mountains far away from human occupation. Smart business acumen has recognized this as a potentially big business opportunity and today water is tapped, bottled and sourced to the public via retail stores.

The USP of spring water lies in its refreshing taste and in its crystal clarity that cannot be duplicated. If water is your need of the hour spring water is a good option bottled or natural.

Why glass bottled water is better than plastic?

Plastic was introduced as far back as 1862 and since then it has continued to evolve to its present form. It has now permeated into our lives in almost every sphere. Glass is thought to be around since 3000 BC but modern glass was born during the Ptolemaic period in Alexandria. Glass was used for bottling long before plastic. On August 2, 1904, Michael Owen was granted a patent for a “glass shaping machine”. And so was born the age of bottles, jars, and other containers.

Today plastic has overtaken glass simply because it is a lighter and cheaper material. However, plastic is a chemical substance that decomposes over time so it is possible that the contents get contaminated. This is the main reason why glass bottles are better than plastic.

Glass is also environmentally friendlier as it can be recycled over and over again. Plastic recycling is not as easy. Plastic in the world has now reached a stage where it is found in the stomach of cows to fish and from drains to oceans and in every nook and corner of life.  It has become a pollutant of the worst kind.

So, next time you use water for cooking or drinking, make sure that it is free from pollutants. It is always best to use recommended water filtration methods to be on the safer side.