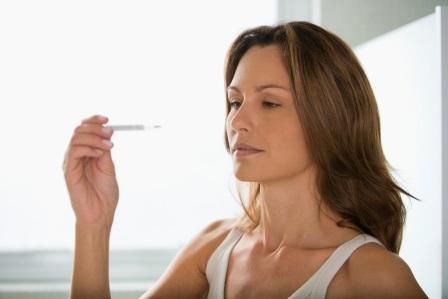 Why fever is good for you

The common reaction to a fever is that of fear, and we do everything we can to try and reduce it because we feel the body getting hotter than it is supposed to. However, if we look at the whole picture and understand why we get a fever, we can see that it is a natural occurrence. It is the body’s way of sending a signal that something is not right. A fever indicates the presence of an infection in the body.

When they occur in children, fevers are often a cause for concern for parents who often shove different medicines down their throats, but this practice could actually be causing more harm than good. There have been different reports of how anxious parents have alternated Tylenol with Ibuprofen, which could create a huge set of problems in children, perhaps even leading to death in extreme cases. While pharmaceutical companies do make a big deal about reducing fevers, to a certain extent, fevers can be left as they are if the child is healthy, active, and comfortable. Fever reducing medication is only meant to decrease the discomfort of the child.

Why does fever occur?

A fever could occur for various reasons, but the most common causes include infections, medications, vaccinations, and teething in small children. However, the actual reason as to why a fever occurs is because the raised body temperature can kill viruses and other germs that can cause severe harm. It’s a known fact that white blood cells in our body work better when the body temperature is high, and so, the fever is actually aiding them. By trying to reduce fever, we are only doing ourselves more harm than good.

Nevertheless, many people worry that high fevers can cause brain damage or other problems such as hearing loss, but this isn’t quite true. These things could occur because of some other illnesses that have accompanied the fever.

A look at some instances in nature will also reveal that fever is nature’s way of fighting infections. In an experiment conduced on desert iguanas, they were introduced to bacteria, and since lizards are cold-blooded animals, their body temperature is sensitive to their surroundings. Some iguanas were allowed to sit in the sunshine to raise their body temperatures, while some weren’t. It’s not surprising that those who consciously developed the fever had better chances of survival as compared to those who didn’t.

When should you get concerned about a fever?

The normal human body temperature is 98.6 F and anything above 106F is extremely serious and requires medical attention. In the case of infants who are younger than 3 months, a fever of 100.4F is a cause for alarm. A good way to increase the chances of reducing their fever is to breastfeed them while waiting for treatment, as this releases antibodies that are present in the milk. For other people, a fever of more than 102F should always be treated as something that requires medical attention.

A fever also usually acts as a signal that something else is wrong with the body. Most people tend to think of the fever as the disease and do not realize that it also acts as the signal for something that could be more serious and life threatening.

A fever that does not go away in a couple of days could mean that there’s some deep-rooted infection and is something that needs to be taken care of. If the fever hasn’t gone away in a couple of days, then it’s best to consult a doctor to see what course of action should be taken. Not only does a fever help in fighting an infection, but it also acts a signal for a greater infection that needs to be treated. So, while you shouldn’t ply children or adults with medicines that are meant to reduce body temperature, you shouldn’t ignore a fever either, because it is one of the surest signals that the body can give us that all is not as it should be.

What to do when faced with a fever

A fever doesn’t always mean that you have to get out your Tylenol bottles from the medicine cabinet. Drink plenty of fluids, because the body gets dehydrated as a result of high body temperature, which in turn leads to a lot of discomfort. It’s also a good idea to reduce the intake of sugary foods because these can hamper the functioning of the immune system and will not help in fighting the infection.

As far as diet is concerned, offer something light and easily digestible to those with fever so that they can keep up their strength, because while fever as a whole is good, it can be quite debilitating as well.