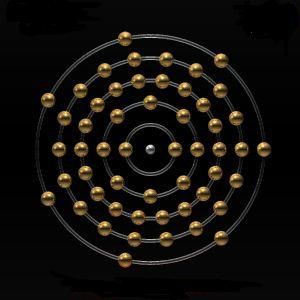 An overwhelming amount of information is building up against fluoride and its potential dangers. It has been linked to a variety of severe chronic, even acute health issues.

From drinking water to a vast number of drugs and medicines, everything around us has some percentage of fluoride. Can fluoride really wreak havoc on our health? If you want to know the answer to this question, then read on to find out.

Fluoride is a soluble salt, not a heavy metal. There are two basic types of fluoride. Calcium fluoride appears naturally in underground water sources and even seawater. Enough of it can cause skeletal or dental fluorosis, which weakens bone and dental matter. But it is not nearly as toxic, nor does it negatively affect so many other health issues as sodium fluoride, which is added to many water supplies. This fluoride has capacity to combine and increase the potency of other toxic materials. The sodium fluoride obtained from industrial waste and added to water supplies is also already contaminated with lead, aluminum, and cadmium.

It damages the liver and kidneys, weakens the immune system, creates symptoms that mimic fibromyalgia, can cause premature birth, brain degradation, bone loss, and even cancer.

But there’s another hidden danger with fluoride. It depletes iodine in the body, causing hypothyroidism and immune deficiency. It easily displaces iodine in the body, thus causing irreversible damage. While both iodine and fluoride are halogens, the latter is more reactive and toxic too. The lack of iodine or sodium in our body can cause innumerable health problems.

Iodine also plays a crucial role in strengthening the immune function of our bodies. Blood circulates through the thyroid gland every 17 minutes, and the iodine present in the thyroid gland kills/weakens any foreign bodies or invading organisms present in the blood. Iodine is a potent germ killer, which is why it helps in eradicating any such foreign organisms from the body, making the immune system’s job easier. A lack of iodine means this critical step in the immunity function is reduced or completely eliminated, which in turn lowers your immunity.

In short, when fluoride levels increase in the body, it impacts every aspect of your health in a negative manner.

Unlike iodine, fluoride is a persistent toxin that can be stored in the body for a long time – and only half of what you ingest is excreted out, while the rest is stored in your bones and tissues. This deprives them of essential elements such as iodine.

How does fluoride get into our system? What are the sources leading to fluoride exposure?

The list of things that contain fluoride is endless: drinking water, dental hygiene products (toothpaste), breakfast cereals, concentrated juices, sodas and other aerated drinks, processed foods, some medications/drugs, and so on.

Even certain pesticides contain high levels of fluoride, which means that the environment is being flooded with fluoride by conventional agriculture.

It is high time that the amount of fluoride exposure is controlled and restored back to normal levels. In fact, in most cases, fluoridation is not necessary. As per the data collected from the World Health Organization, most Western European countries are not fluoridated and have the same level of dental decay rates as the US. Similarly, other communities from Canada, East Germany, and Finland discontinued fluoridation and actually experienced a decline in dental decay!

Here are few more reasons as to why fluoridation should be opposed:

Fluoride’s role in causing thyroid problems is well established, and the fact that hypothyroidism affects as many as 10% of women in the United States alone does not come as a surprise. Most doctors go by the conventional approach and completely ignore the cause behind hypothyroidism, only to prescribe artificial ‘thyroxin’ hormone to make up for the deficiency in the body.

Is this really an answer to the ever-growing epidemic caused by fluoride exposure? No. In fact, all this has done is to create a stable, ever-expanding market for the cash cow thyroid drug companies.

One might assume that fluoride’s role in suppressing thyroid and immune function is a relatively new discovery, and that the government was not aware about its harmful effects. However, the fact that fluoride was used in treating an overactive thyroid was well known, as this treatment has been in existence since the 1930s.

Fluoride is a disease-causing element and a neurotoxin that disrupts the functioning of the thyroid gland, increases the risk of cancer, weakens the bones, increases the rate of bone fractures, damages the liver and kidneys, lowers IQ, and causes dental fluorosis. The list of fluoride-related dangers is endless.

Why then, has fluoridation been an ongoing process? Why are no steps being taken to control fluoride exposure? The world is now exposed to ever-increasing doses of fluoride in toothpastes, mouth rinses, medicines, water, food, and even the air we breathe. Our environment has literally become a fluoride dumping ground, and we are still acting as mere spectators.

It is high time that the government and health officials take charge of the situation, face the various challenges posed by fluoride exposure, and take stringent measures to control fluoridation in every way possible.

Please share this information with family and friends by clicking here