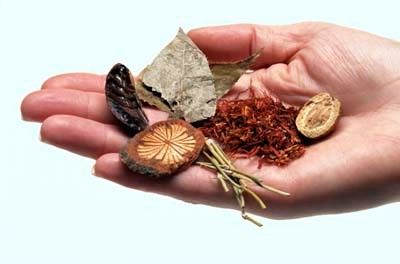 Our dependence on modern medicines has led to a boom in the pharmaceutical sector, and it’s sad to note how closely the two are related. Modern pharmaceutical companies have made a killing (pun unintended) in mass producing medicines that temporarily relieve pains and aches but don’t really delve into the actual problem and eliminate it. Moreover, popping pills for every ailment is not right for our body, as these pills often contain chemicals, some of which can be dangerous if not taken as intended.

In the seventies, however, the benefits of traditional Chinese medicine came to light, especially in the US. Since then, there has been no looking back as acupuncture, acupressure, and Chinese herbal medicines have been accepted as excellent forms of treatment. Nevertheless, people still suffer from some misguided notions about what is Chinese medicine and what it does for us. This article should, hopefully, help clear this up and make people more aware of how Chinese medicine can help us.

A look at some of China’s important texts, Nei Jing and Nan Jing, which were compiled more than 2500 years ago, shows us the origin of traditional Chinese medicine. These texts were in fact the basis for many of the cures and treatments that were carried out by Chinese scholars.

It’s interesting to note that in Chinese medicine, the body is viewed as a whole and not just a sum of the parts. Ancient Chinese medicine follows the concept that diseases occur due to an imbalance in the flow of the body’s energy or Qi. They also believed that the human body represents a part of the universe with all its natural forces- a microcosm of sorts.

Traditional Chinese medicine became more popular during the Ming dynasty (1368 – 1644), although it subsided in the subsequent centuries. However, in 1949, the People’s Republic of China began to use it as a way to treat the public. Over the centuries, the knowledge of Chinese medicine has spread to other countries through traders and others who visited China. However, it is only now that Chinese medicine has become a favored form of alternate medicine, especially since people are increasingly looking for a holistic and simple approach for healthcare.

This is a popular term indeed, but it might surprise you to learn that they are not merely used to represent the Chinese concept of two opposites. Yin and Yang are actually more about achieving the all-important balance. Literally, however, they symbolize the bright and dark sides of an object. Yin and Yang are used in Chinese philosophy to represent opposites that make up human life. After all, something cannot survive without its opposite.

In Chinese medicine, Yin and Yang are constantly trying to find an equilibrium of sorts. When this equilibrium is disturbed, people fall sick, and so, it’s important to redress this imbalance.

Chinese medicine also recognizes five elements, namely, wood, fire, earth, metal, and water. It is the interplay of these elements that creates harmony within the body and in relation to the outside world as well. These elements are constantly changing and adapting, and their interpersonal relationships affect the state of the body and the processes occurring within.

Chinese herbs have been used in medicine for centuries. With the development of modern medicine, however, traditional and alternative medicines had gone on a decline. Today, it has come a full circle, and people are now coming back to the roots and looking for solutions that will heal them as a whole and not merely provide temporary relief.

One of the reasons why Chinese herbs have gained popularity is because they do not have the side effects most modern medicines do. Typically, the herbs are not prescribed as a ‘one drug cure’ for everything. The herbs are prescribed based on the need of the patient, and the herbal mixture could contain anywhere between 3 to 25 herbs.

Here’s a quick look at the different elements that broadly make up Chinese medicine and its treatments:

While the instances of side effects in Chinese medicine are considerably lower than in conventional medicine, it is not without its own risks. Poisoning and allergy related problems come about mostly as a result of self medication and ignorance, especially due to the manner in which the herbs are handled and used.