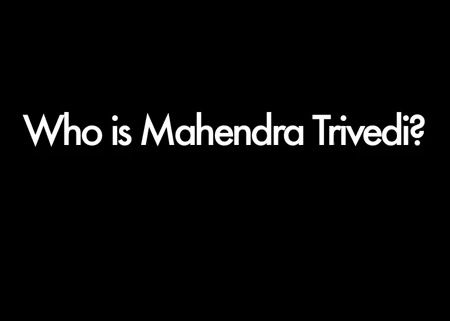 What you are about to read and see will inspire you, it may even challenge everything you believe!

Mahendra Trivedi is an unusual human being who has been gifted scientifically validated powers to transform things with the power of thought.

Mahendra Kumar Trivedi was born in 1963 in a small town in central India. Although he was not trained in the traditional Yogic education, he exhibited unique abilities and extraordinarily high levels of perception and intelligence as a child, including a 100% photographic memory. He says he always knew he was different and even as a tiny boy that he felt that his sojourn on this planet was for a higher purpose. 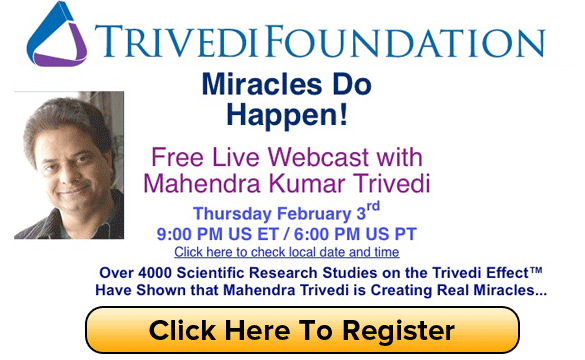 Although from all outward appearances, he seemed to lead a normal life, graduating from engineering college and then working as a well-respected mechanical engineer, over time he became more and more aware of the extent of his abilities. Then, one night in 1995 he received “guidance” that the unique gifts he had been given were now to be used for the welfare of mankind. He didn’t hesitate for a moment to give up all that was familiar and embark on a new mission to connect with people of his destiny – to find those who could help him use his gifts to change the world for good.

“I have always been devoted to the guidance I received that night; have followed the instructions I was given; and have remained faithful and obedient,” Trivedi explains. He compares it to a GPS system in a car. If the guidance tells him to “turn left here,” he does so. He says that as long as he follows the instructions to the letter, his power will remain with him.

Trivedi believes it is the “Divine” that instructs him. And so far, most of the instructions have involved working with researchers around the world. He has compiled a remarkable track record of success, which constitutes an invaluable database for scientists attempting to understand the power of consciousness.

For more than ten years Trivedi has worked with agricultural colleges in India to improve crop performance. He has modified the behavior and apparently even the genetics of dozens of agricultural species – because the changes he makes are passed on to later plant generations. These changes include making the plants more prolific and disease resistant. He did this not by working in the genetic engineering laboratory, but by sending an “energy transmission” called the Trivedi Effect™ to fields and seed samples.

The skeptical Westerner might scoff at these claims and others, which include transmuting matter on an atomic level, except for one thing: They are supported by extensive documentation.