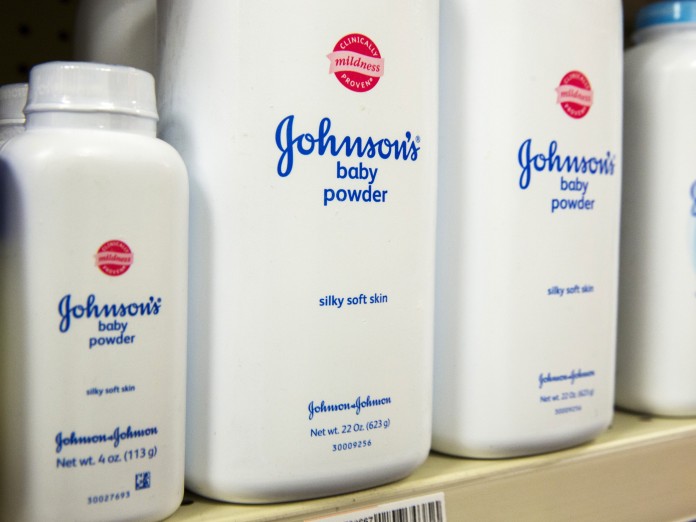 J&J has been ordered to pay $72M for the cancer death that was linked to their baby powder. This post from Health Nut News reports the case of the Birmingham woman who died of ovarian cancer in Oct 2015.

A Missouri state jury just ordered Johnson & Johnson to pay $72 million dollars in damages to the family of a woman who died from ovarian cancer that was linked to their talc-based Baby Powder and Shower to Shower product. She had used the products for several decades (They’ve also paid billions in civil and criminal fines in the past and have been ripped apart by Huffington Post and the mainstream media for their horrible wrongdoings.).

Jackie Fox, of Birmingham, AL, began the civil suit with her son taking over following her October 2015 death. Her son Marvin said that using the talc-powder was just a habit. Sadly, it was one that ended up killing her.

This case, the first among more than 1,000 nationally, is the first to result in a jury awarding any money to the plaintiff. It took the jury nearly five hours of deliberations at the end of a three-week trial, to come to their decision. According to the jury, Fox was, “entitled to $10m in actual damages and $62m in punitive damages”. Attorney’s expect Johnson & Johnson to appeal the verdict.

From the CBS article:

“In May 2009, a coalition of groups called the Campaign for Safe Cosmetics began pushing Johnson & Johnson to eliminate questionable ingredients from its baby and adult personal care products. After three years of petitions, (which we helped promote!) negative publicity and a boycott threat, the company agreed in 2012 to eliminate the ingredients 1,4-dioxane and formaldehyde, both considered probable human carcinogens, from all products by 2015.”

(We had a story on Health Nut News about this that went viral to the over 1 million readers who also helped make this possible.)

We don’t want to mix J&J up with SC Johnson “a family company” who also has their sordid past.  One FAMOUS JOHNSON HEIR WHO WORKED AT Johnson even plead guilty to molesting his own young step child for years. Funny thing is- both make products with harmful chemicals that people seem to eat up. The irony.

But back to the recent death of this woman they say is caused by Johnson & Johnson:

During the trial, Ms. Fox’s attorneys introduced a September 1997 J & J internal memo, from one of their medical consultants, into evidence. It suggested, “anybody who denies [the] risks” between “hygienic” talc use and ovarian cancer would be publicly perceived in the same light as those who denied a link between smoking cigarettes and cancer: “Denying the obvious in the face of all evidence to the contrary.”

We hope that the rest of the jury’s in the pending cases will be as distressed by the company’s conduct and products, as this last one was. It’s 2016 after all, no one, especially not a company this size with the access it has to research- should continue to turn a blind eye to these ingredients which are harming and in some cases- killing us, anymore.

Update: We are being asked for an alternative talc free organic baby powder. Here’s an affordable one we like on Amazon, it’s not our product and we don’t sell it, but know our moms love it.