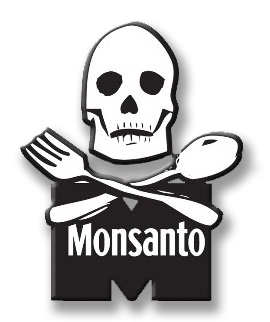 We have published this article last May but would like you to read it again as we found out some more important information.

Many people are dismissive about conspiracy theories. While some theories may be the ramblings of a paranoid lot, there are instances when it is worth taking a look at the other side of the fence and looking beyond the official word. When it comes to the food sector, there are certain companies that have established monopolies and reaped benefits due to the very nature of their businesses.

A monopoly in itself is an indication of increased chances of corruption, but when there is a monopoly in the agricultural sector, we have ample reason to worry for our well-being, and that of our farmers.

Corn is found in most things we eat – right from corn on the cob to corn syrup that’s present in confectioneries and sodas. What about hand sanitizers? Ethanol car fuel? That’s all corn, too. Making rubber tires? You’ll need corn starch. Spark plugs? Corn. Drywall? Corn. You can’t build a car or a house without corn. Naturally, corn is an important crop for these very reasons, and Monsanto, the world’s biggest multinational agricultural biotech firm, has made sure that it’s established its firm monopoly over all things corn and corn products.

Monsanto is the world leader when it comes to the production of weed killers and seeds. Roundup is Monsanto’s most famous herbicide that is used the world over, but even more damning is the fact that Monsanto has also produced DDT, Agent Orange, and other pesticides that were toxic and extremely harmful. There’s no reason why we should trust their word when they say that Roundup is perfectly safe, right?

In recent times, many pest management specialists who promote non-toxic pesticides are of the opinion that Roundup should not be used in public places or where there are chances of people coming in contact with it. While they feel that people using Roundup in their own backyards is their own problem, using it in public places like parks and schools where chances of people coming in contact with it are greater is highly dangerous and not advisable at all. This goes a long way to show how deadly and toxic Roundup is considered by even pest management experts.

Nevertheless, what makes Monsanto the epitome of evil is the way that they have been exploiting farmers with their GM (genetically modified) seeds.

Below is the list of brands that sells Monsanto seeds and other products:

Here’s what farmers normally do when they buy seeds for their crops. They plant them and then when they are done with the harvesting, they use the seeds produced by their own plants and reuse them for their next crop. With Monsanto’s GM seeds, however, what farmers get are sterile plants that cannot produce any more seeds, so in order to grow more crops, farmers have to continue to queue up before Monsanto and buy more of their seeds.

The genetic altering of seeds is not without its own set of dangers even though Monsanto claims otherwise under the guise of ‘increased pest and disease resistance’. Such GM seeds are more harmful than not, and after years of threats and protests, Monsanto came up with another ridiculously simple plan. Instead of altering the seeds genetically, they planned to make farmers sign contracts saying that they would buy seeds only from Monsanto and that they wouldn’t use the seeds produced by their crops. In effect, they succeeded in letting farmers exploit themselves by their own hands.

With its years of experience in the agriculture industry and the results of ‘seasoned’ leadership, Monsanto is going from strength to strength, even if ordinary people like you and me are not buying corn. Moreover, Monsanto has been buying up smaller seed companies in order to ensure that its monopoly survives in the industry. Cotton, corn, and soybeans are some of the seeds Monsanto is famed for, so whichever way you turn, you can be sure that Monsanto is there, grinning like an evil version of the Cheshire cat.

Over the past few years, there have been numerous cases against Monsanto, but as clichés go, it’s an evil conglomerate that has spread its tentacles far and wide.  What’s extremely worrying is that Monsanto is controlling all the seeds not just in the USA, but worldwide, and seeds are the very first step in the food chain. It goes without saying that whoever controls the seeds controls global food production.

Moreover, because they have managed to secure their insidious monopoly, Monsanto can hike the prices as they wish without giving two hoots about stiff competition. Farmers have no choice but to buy seeds from Monsanto because there’s no one else they can go to. This is just one of the many ways in which this corporation has been exploiting farmers – making them pay way more than they should for seeds that are not even healthy in the first place.

As consumers, we ought to be aware of the hidden forces behind the seed monopoly that Monsanto has spread so far and wide. Although there are many pending court cases against Monsanto, its rise has continued unabated.

You can find a list of companies that Monsanto bought here

More on Monsanto Below: