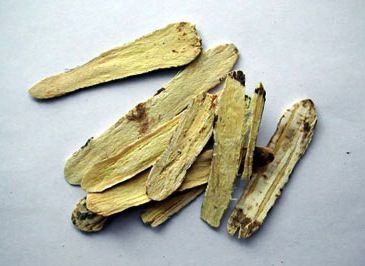 Among the many gems of Chinese medicine is the astralagus root, which is also known as huang qi in Chinese. The astralagus plant is harvested particularly for its roots as it is known to have numerous medicinal properties. As a matter of fact, this root has been used in Chinese medicine for centuries, and Western herbalists are only now getting acquainted to its many amazing benefits.

The plant is slender and often described as flowing and graceful, while the roots are white when they are freshly dug up. As they dry, they take on a yellow hue.     The astralagus plants are typically native to China, Mongolia, and Korea and grow well in the northern and eastern parts of China.

Benefits
According to traditional Chinese medicine, the astralagus root is good for problems that arise in the body because of spleen deficiencies. However, here’s a look at some of the other ways in which it can benefit us:

Research on the benefits of the astralagus root has been conducted in China extensively, but it hasn’t been corroborated as yet by Western medical practitioners. Despite some skepticism on this subject, it’s good to know that the astralagus root is being used for the following health problems as well:

All these studies have claimed that there are no side effects on humans. However, the results of these studies have mostly been published in obscure journals in the Far East, and the promises of the efficacy of this root haven’t yet breached Western barriers. Nevertheless, the astralagus root appears to be a wonder herb, and much is to be said for all these studies that have been conducted by Chinese scientists.

Side effects
Typically, astralagus is completely safe and non-toxic and does not have any side effects. However, when taken along with certain other medications, there may be some complications because of the interaction of Astralgus with the drug. Also, the astralagus root can increase the effects of immune system suppressants, anticoagulants and hypoglycemic agents, so it’s better to consult a doctor before taking astralagus root.

Usage
The astralagus root is available in many forms that have been made convenient for easy consumption. There are capsules, extracts, and powders which are easily available online and in the market. A tincture of the astralagus root is also available, while it can even be used topically for the skin. Meanwhile, the actual root can also be used in different ways to derive the maximum benefits and effects.