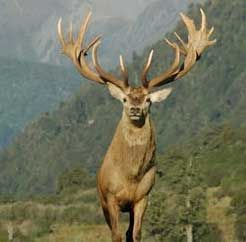 To an amateur, who is not too aware of Chinese medicine, it might seem odd that deer antler is an important component of many medicinal preparations. However, the efficacy of deer antler is slowly being understood by the West now, although it might surprise them to learn that deer antler as a medicine has been around for hundreds, probably thousands of years. Ancient Chinese texts cite deer antler as one of the ingredients for many medicinal preparations. In fact, it is considered only second to ginseng which is quite often the most important ingredient.

Deer antler is actually an extension of the bone and has similar properties. So, it is often boiled to make gelatin which is used in different ways. Known as Lu Rong in Chinese, deer antler is considered to be a primary ingredient in Chinese medicines, especially those designed to enhance the yin and strengthen the yang.

Primary producers of deer antler in the world are New Zealand, Australia and Canada. China is also an important producer as well as consumer. With deer farming options in place, the methods of acquiring deer antler has become rather simpler than before. Earlier, when a deer was killed, its antler was also removed for medicinal purposes. However, things have changed considerably since then.

Deer farms typically harvest or collect velvet. These are deer antlers but at an earlier stage before calcification and hardening sets in. Velvet was used to indicate the fine hairs on the antler but now it’s used to specify the stage of growth. Once antlers have ossified or calcified, they fall off and the uses are not the same as those would be from procuring velvet. So in deer farms, deer are locally anesthetized and then the velvet is removed. However, ossified antlers also have their own uses because one can make deer antler gelatin from it by boiling it.

Deer antler has been used a general health supplement but there are plenty of specific uses as well. Of them, here are a few which have been listed.

Side effects
There are no obvious side effects of deer antler but there are some concerns about the method in which the deer antler or velvet is removed from the deer. For instance, deer velvet could be contaminated by the tranquilizers and anesthetics used in the process and some of these could be carcinogenic. Also, it is better to avoid administering deer velvet to young children, pregnant or nursing women because it can significantly raise the male hormone levels.

Uses
Deer antler can be sliced into thin rounds and eaten directly. It is also ground to powder and used in many preparations. Deer antler gelatin is also another way of consuming deer antler. To make deer antler gelatin, the antlers are boiled for several hours to release the gelatin that can be separated. After separating it, the residue can be used for topical applications such as treating boils, skin ulcers and eczema. For topical use, this material acts as an astringent and facilitates faster healing.

Also, deer antler is combined with other medicinal preparations to yield a combined result. Pills can also be taken along with different combinations of herbs such as with ginseng or royal jelly to name a few.