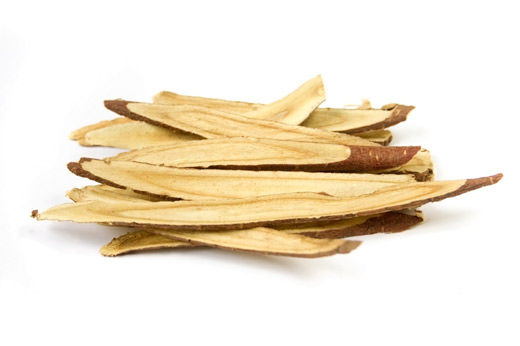 The licorice root is well known among herbalists for all the numerous benefits it can offer. It is particularly popular in traditional Chinese medicine where it goes by the name Gan Zao or Gancao and is used in 79% or more of the preparations. Licorice extract, which can be produced by boiling the licorice root, is sweeter than sucrose and has medicinal properties because of the presence of glycyrrhizin, which is an artificial sweetener.

While licorice flavor is used predominantly in various types of confectionaries and candies, the root provides us with some amazing benefits, making it a highly valued herbal medicine. Typically, licorice is grown in Turkey, Asia, and Greece and has been used in Eastern and Western medicine over the ages.

Licorice roots resemble wrinkled fibrous wood which grow horizontally under the ground. These are brown on the outside and yellow on the inside, and typically, the roots and the underground stems are used in the preparation of various licorice products.

In Chinese medicine, licorice is known to replenish Qi and clears toxic elements caused by heat. It contains magnesium, silicon, and thiamine, and has numerous benefits.

Anything taken in excess is bound to create problems and cause side effects. In large doses, licorice can cause high blood pressure, low potassium levels, and water retention, which in turn could lead to heart problems. High amounts of licorice can affect the production of cortisol in the body, and if there is an eating disorder, it could get worse because of the low concentration of potassium in the body.

As always, it is advisable for pregnant and nursing women not to take licorice root since it may increase the chances of preterm labor.

Licorice root can be consumed as a crushed root, where about 5 to 15 gms should suffice based on your requirements. If it is the extract that you want to take, then 1 gm for throat inflammations should be enough, while 3 gms ought to be sufficient for ulcers.

Another option for licorice root is to take it in the form of tea, and one cup after a meal is a good idea. Furthermore, licorice root can be peeled, dried, and powdered for consumption, while supplements such as tablets, capsules, and extracts are also a good idea.

Even if you are looking for remedies in alternative medicine, it is a good idea to opt for someone who is certified and can provide you with an option that is correct for you.