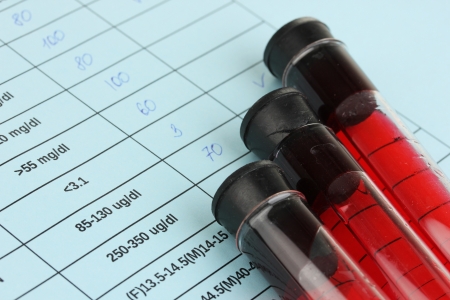 The fifth time in a row I was told my hemoglobin level was too low to donate blood, it occurred to me that something might be wrong. But, being both young and broke, I shrugged my shoulders and figured a trip to the doctor wasn’t really necessary. However, after a low-key water aerobics class gave me a wicked Charley horse and left me so weak I was unable to move, I finally acquiesced and went in for a blood test.

The results? I was anemic.

Anemia is when blood lacks enough healthy red blood cells or hemoglobin. Iron deficiency anemia is the most common type of anemia, and it occurs when the body doesn’t have enough iron. Iron is used by the body to make hemoglobin, which is the part of red blood cells that binds oxygen. Without sufficient hemoglobin, the cells in the body don’t get enough oxygen.

Iron deficiency anemia can be caused by inadequate iron intake, the inability to absorb iron, pregnancy, blood loss due to menstruation or internal bleeding.

Life with iron deficiency anemia isn’t difficult, it just requires a few simple lifestyle changes. The first is knowing how much iron you need on a daily basis. This will vary based on age, gender and whether you are pregnant, breastfeeding or menstruating.

Iron supplements are an easy way to help increase iron levels in your body. It’s important to know that iron supplements may need to be taken for several months before you see an improvement in your symptoms. If the tablets cause an upset stomach, you can take them with meals. However, if at all possible, take them on an empty stomach, as that helps the body absorb them better.

Do not take your iron pills:

Do not take iron supplements unless advised by your doctor! Too much iron can be deadly.

Many vitamins and nutrients play a role in the bio-availability of iron, as well as the body’s ability to absorb it. The following foods and nutrients can help increase the absorption of non-heme iron and should be included with your iron-rich meals:

3. Be Wary of Certain Foods and Beverages

There are a number of foods and drinks out there that, while perfectly nutritious, can inhibit the absorption of iron into the bloodstream. They include:

Foods and beverages in this category do not have to be cut out of your diet completely. However, you should not consume them within two hours prior to and following your main iron-rich meal or iron supplement.

4. Change the Amount of Oxygen You’re Getting

If your anemia is serious enough, you may want to consider an alternative way to get oxygen to your organs. One such way is through hyperbaric oxygen therapy (HBOT), which treats anemia by pushing oxygen deep into the blood plasma. In a hyperbaric oxygen therapy chamber, the air pressure is increased to three times higher than normal, allowing the lungs to gather more oxygen than would be possible breathing pure oxygen at normal air pressure.

Since anemia affects more than three million Americans and an estimated 1.62 billion people globally, you can take heart in the fact that you’re not alone. Watch your diet, take your supplements and get out there. Your anemia can’t stop you!

Liz Greene is a dog loving, beard envying, pop culture geek from the beautiful city of trees, Boise, Idaho. You can catch up with her latest misadventures on Instant Lo or follow her on Twitter @LizVGreene.