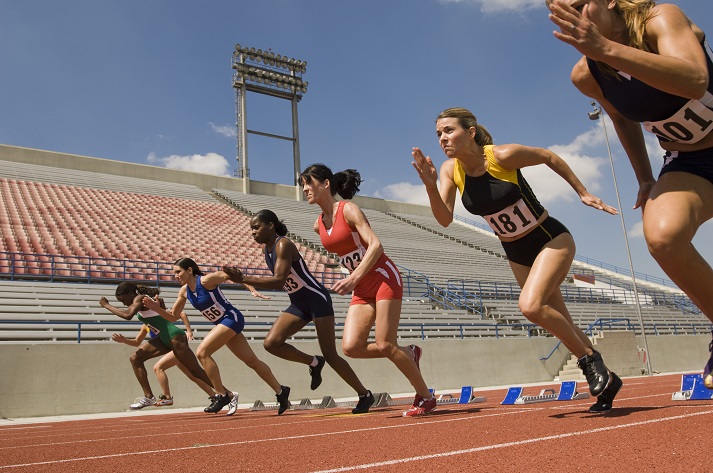 If you’re a runner, why should you read about running?

Well, for plenty of reasons! For one thing, there is always something new to learn when it comes to running, either about technique, better shoes or other clothing or the psychology behind successful running. Reading about other runners can be inspiring, as well as help you through a motivational slump.

Also, when you complement your physical workouts with some mental workouts (aka – reading), it can help you stay mentally fit as well as physically fit as you age. With these goals in mind, below are five great books that all runners need on their shelves.

Quality running is fueled by deliberate eating habits, not simply chowing down on some chips after a long run (which can be very tempting!). But there is so much information out there that it can be hard to know who to rely upon to tell you how to tweak your diet and optimize your running performance.

“The Endurance Diet: Discover the 5 Core Habits of the World’s Greatest Athletes to Look, Feel and Perform Better” by Matt Fitzgerald is the book you want if you want to know what the leading voice in running nutrition is saying.

He doesn’t sell any special diet plans or tell you to cut out whole food groups. Instead, follow him as he talks to some of the top athletes in the world and breaks down their diet habits so you too can incorporate the same kind of optimal nutrition.

Obviously, there is a certain amount of talent and physiology involved in being a top runner. But what makes millions of others, who never will compete at the highest levels, a runner? According to sports psychologist and author Dr. Jeff Brown, collaborating with Liz Neporent, there is something in the brain that makes you a runner.

“RUNNER’S WORLD The Runner’s Brain: How to Think Smart to Run Better” helps runners understand how their mind is the biggest aid (or roadblock) when it comes to running. Dr. Brown helps readers understand how the brain works and then gives ideas for how readers can use that knowledge to improve everything from cross-training to race day performance.

It is eerie how some fictional books can stay relevant, especially when they are rooted in actual history.

“Once A Runner” by John L. Parker Jr. is a fictional story of a young man, named Quenton Cassidy, who is heavily involved with his college track team. However, when he participates in a protest against the Vietnam War, he is suspended from his team.

Cassidy’s drive to succeed and how he goes about it adds interest for runners, and his coming of age story can draw in those who have a more casual relationship with the running world.

Since 2010, more than half of the race finishers in the United States have been women. So, it only makes sense that there is a book that dives into why women run.

“Mile Markers: The 26.2 Most Important Reasons Why Women Run” by Kristin Armstrong details Armstrong’s own reasons why she runs and how she has seen these same reasons in other female runners. Reflecting on her experiences with humor and insight, Armstrong is a lady other runners really can relate to (even if they are men).

Possibly the most well-known book in and out of the running world, Christopher McDougall’s book kick-started the barefoot running revolution.

“Born To Run: A Hidden Tribe, Superathletes, and the Greatest Race the World Has Never Seen” is an inspiring non-fiction book that follows a slightly unusual format. Readers can see his journalistic background in the writing of this book, since although there is an overarching story he tells, there are background stories he also tells. This makes the book read more like a long-form series of articles, but still is engaging.

If you ever were curious about the barefoot/minimalist movement and where much of the initial information on it came from, pick up a copy of this book and settle in for a satisfying read.

So, treat yourself to one (or all!) of these books during your next rest day, do some restorative yoga and let your brain dive into some top quality books on running.