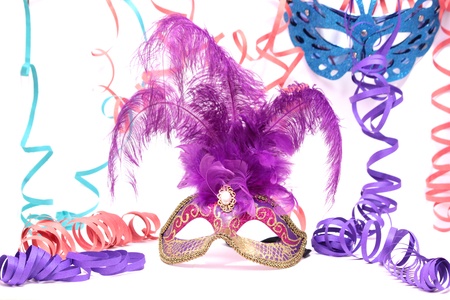 Everything comes down to significant moments when we either “Do or Not Do,” “Be or Not Be,” or “Walk Away.” And those moments remain, hanging in the air, waiting to be judged. Either way, there are consequences.

Ancient Egypt was one of the very few cultures that had a Book on how to live one’s Life and how to die one’s Death. The Book of the Living also was called The Book of Thoth. Another name for it was The Book of Wisdom.

This Book revealed every one of the possibilities a human being could experience. These are thirteen challenges and twenty seven gifts to be drawn on in bids to transform challenging states of consciousness.

Fairy tales and myths are ways of expressing something we instinctively recognise as being what we already have faced, or will come to face. They appear in every culture in the world and all of them have a bearing on how we find a way through the complex maze of experience we call Life.

The Karma we come to is the consequences of our actions in previous lifetimes–from the things we left undone, might have handled in a more loving way, or actively caused deliberate harm–all the way through to satisfaction coming from when we did well, achieved through our best efforts, and were kind. Cause initiates effect, they are two sides of the same coin.

Then individual and collective memories of everything that has ever happened on Planet Earth are both mentally and emotionally recorded on reflective ethers. They are living, breathing chronicles of the story of every planetary being. We are all connected.

Everything we ever will need for each life time already has been programmed within us. All we have to do is to tune in and listen.
And, no matter how bizarre the advice, or how far it takes us from the thing we think we are going to do, if we follow it, we will find our way back home.

Of course, things will test our commitment and our faith. It’s a walking, talking magical mystery tour that we’re taking and none of us worth our salt can expect an easy journey. And then some!

When I was a child, what frightened me most was masks. Not necessarily the obvious ones that came out of crackers, or what were brought home from visits to Venice, nor created out of plaster to adorn the walls of theatres. Even the flags of convenience filched by pirates had a place on my list.

The masks that scared me the most were the ones that people hid behind. How could it be that, after all the effort it takes to reincarnate, anyone would set about not being who they really are?
Except, every one of us has to face our shadowy aspects sometime or other; the Bardo States that are embedded in our psychic natures.

And when we come to them, it’s time to take a walk into the Underworld. Many old stories tell of those who did. It is the ultimate journey celebrated in myth and legend.

The journey begins when we grasp the nettle, take our courage in our hands and face up to the things we most fear. It ends as we walk through a previously closed gateway to reclaim an inheritance.

Some see it as an afterlife journey taken by the Soul as it reviews the situation, confronting unresolved business and what remains in our seedbed of Karma. The spiritual database that we call the Akashic Records are what we might call the anti-matter realm and where it is possible to scan everything we ever were and what we might become.

If the total length of our very own, up-close-and-personal DNA measures the equivalent of nearly seventy voyages to the Sun and back, it’s pretty obvious we have been programmed for the long haul.

Edgar Cayce perceived a tour through this ultimate House of Consciousness as being something like a Court House but that was for his own frame of reference. In reality, they are an omnipresent store of universal consciousness that can be read from every individual cell.

Recently, to the astonishment of astronomers (who seem to be in the company of the Red Queen in the business of discovering at least six impossible things before breakfast), a spectacular and unprecedented double helix nebula was spotted close to the centre of the Milky Way.

It’s an eighty-light-year-long formation and it looks, for all the world, like a stairway to heaven. Is this proof the universe has its own DNA, that everything that’s being experienced on Earth is being recorded? And that, to discover our origins and our destiny, we really do have to look to the stars?

I ask myself, and not for the first time, “When are we going to wake up to who we, truly, are?” Everyone of us has a once-in-a-lifetime opportunity to do just that.

Time to take off the mask.