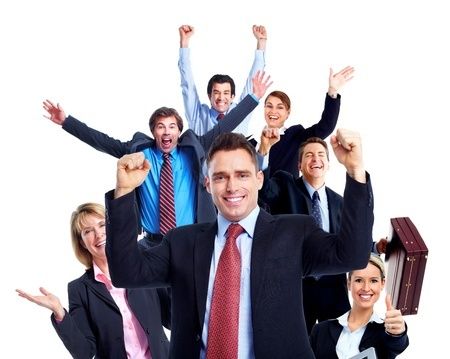 Without that belief, or with the erroneous belief, you will never be able to achieve, obtain or attract anything in your life that you want. Believing is everything, and everything is believing.

Dr. Wayne Dwyer, an American self-help author and motivational speaker, once said for you to achieve something you must first be able to conceive of it.

I remember when I was travelling a great deal my mother gave me a poem card about believing in yourself.

I would read it regularly during the times when I would forget the importance of the message, just to remind myself of it. I cherished this gift wherever I went.

Have you ever wondered why the great sculptors and painters of the world were able to produce incredible works of huge and monstrous art without being able to see what they were doing in the moment?

The reason is they were able to conceive of their creations in their minds first, in every detail. Then they were able to transfer their art to the canvas or marble. You didn’t think they just decided to begin and see how it came out by trial and error, did you? And this is how it is with your life. Believe it, conceive it, achieve it.

I remember when I first applied this strategy. It was at a carnival many years ago; the usher kept on insisting I play his game of throwing a ball against six small cans stacked on top of each other.

They were stacked with three on the bottom row, two in the middle and one on top. The game’s objective was hitting the cans and making them all fall over.

The only condition was you had to complete this task with just one throw and, to my annoyance, he continually insisted this accomplishment was, as far as he was concerned, very easy to do. I, on the other hand, just laughed and said, “Right, of course, sure it is!”

But, with his insistence on attacking and contesting my ego, I decided I was going to, indeed, prove he was right and I was wrong. I was going to prove I could, in fact, do this with ease. He even went so far as to show me himself by throwing the ball and making all the cans fall down. So, I reached out for the ball and said to myself, “Bring it on.”

I remembered what I had learned in my teachings. I proceeded to take the steps to transform myself into this powerful throwing machine that was going to smash those cans into the next galaxy.

It was amazing. I could actually feel myself being transformed and energized with every step I took towards the marker where I was supposed to throw the ball.

First, I believed in my mind I could do this. Then I visualized myself doing it, all the time attaching as much emotion and energy to my thoughts as I could possibly muster.

Within a matter a seconds, I finally threw the ball towards the unsuspecting cans. To the usher’s amazement (and that of my friends and people watching) all six cans fell down, not only from the stand, but onto the grassy floor below.

From the look on the usher’s face, I could see he knew it was a difficult shot. I also could see he had no idea how I could have completed it without many hours of practice, which he obviously had done to complete the task himself. What was easy with physical practice was equally as easy by applying mental belief–believing you can do it.

The usher presented me with the biggest kewpie doll and then continued to attend to his audience as if nothing had happened. I am totally convinced you can do anything if you put your mind to it, and I encourage you to do the same.

The only thing I would add to this famous old saying is the secret to making your mind’s power a powerful tool is attaching as much emotion to it as possible and then watching your dreams come true.

Harness the power of believing in yourself with as much emotion as you can and watch your outer world flourish.