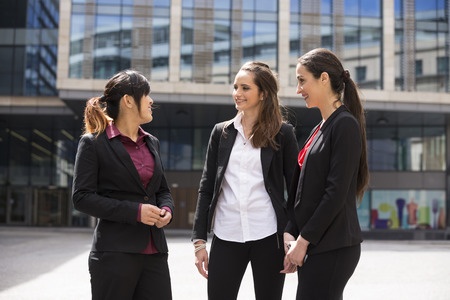 Don’t cut yourself off from all that is there to know about consciousness.
Three of us were standing outside the old coaching inn in this northern market town where my friend, a clairaudient medium, was giving a demonstration. Actually, it was her second visit because so many people had asked when she was coming back.
This was at the beginning of a wonderful spiritual adventure after I’d agreed to be her road manager. Actually, as well as the companionship, I also was working on opening up to my own innate psychic gift, long denied for all kinds of reasons.
I’d put an advert in the newspaper and notices around the town and we were looking forward to another warm welcome. What was unexpected was another kind of demonstration was brewing. I had noticed a letter to the editor from a group that met about twenty miles away. It had expressed its displeasure and its belief that we were doing “evil” work, but I had taken it at face value.
I had not expected a row of cars ranged on the other side of the road, filled with women praying over their Bibles. Nor had I expected the braying of some when they faced us outside the hotel, looking for all the world as though they were about to burn the witches.
In front of them were two men holding small bottles. I guess they had prayed over the water to make it holy and now they were sprinkling it on us. We didn’t shrivel: we didn’t fall to the ground; we didn’t scream with pain but we watched, bemused, as they scuttled off down the road. That was another lesson for me that when you stand in your own truth you’re going to raise a devil in someone else.
In the coming two very privileged years, I filled many notebooks with evidence of the survival of our spiritual essence. Some say “passed over,” some say “left us,” some say “ gone to the “Great Beyond.” There are many ways of expressing our loss. But, from every one of the demonstrations, I was moved deeply by the open-mindedness of the audiences and their own experiences.
Afterwards, I resolved to speak with every leader of every religious group in the town, just to see what binds us and what divides. So it was that just about every minister from just about every variation on religious beliefs came to my house for a conversation. Even one of those flat-capped men came, which just goes to show how we are not necessarily “seen” when we hold a different view.
Actually, what seemed to keep them apart (and not celebrating their shared spirituality) was a strange kind of stubbornness that “theirs” was the only way.
Someone, a wise person, once said, “Religion is for those who are afraid to go to hell; spirituality is for those who’ve been there already and don’t want to go back.”
I really do believe when something becomes an “ism,” we cut ourselves off from the All There is to Know of Consciousness.
To a great extent my personal path has been one to test my own “isms” but, at the same time, to get in touch with something far greater.
I’ve retreated at times, to my chagrin. Other times, I’ve had not enough patience. Sometimes I’ve railed against the apparent lack of justice, but now I can see the lovely learning curve behind me (just like a rainbow) and all of the wonderful possibilities that lie beyond. I wouldn’t have missed any of it for the world.