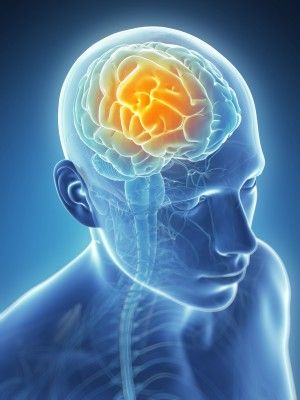 New research provides evidence the body has a fast-track brain cleansing system that prevents diseases such as Alzheimer’s and maintains brain health. Finding ways to support and enhance this cleansing process could lead to improved outcomes in brain injury and brain disease. Read on to find what scientists have discovered and how craniosacral therapy effectively promotes brain health by invigorating this active fluid cleansing system.

Most of us have heard of the lymphatic system, the collection of vessels and nodes running throughout the body that helps cleanse waste products and is part of the body’s immune system. Now a team of neuroscientists at the University of of Rochester Medical Center has identified a fascinating fast-track cleansing system in the brain called the glymphatic system.

Their findings, published online in the August 2012 issue of Science Translational Medicine, were only possible using the new technology of two-photon microscopy. This allows researchers to study and track the flow of blood, cerebrospinal fluid (CSF) and other substances in live brain tissue. The glymphatic pathways only operate in a living brain, so they were not scientifically observable until now.

Scientists named it the glymphatic system because it functions much like the lymphatic system but is managed by the glial cells within the brain. Glial cells are non-neuronal brain cells with several regulatory and protective roles including destruction of pathogens and removal of dead nerve cells.

What the two-photon microscope shows is glymphatic pathways circulating CSF efficiently throughout every part of the brain, along specialised anatomical structures. Previously scientists hypothesised that CSF slowly trickled through brain tissue and filtered out waste material gradually, but this is only part of the picture. Now we know the glymphatic system is pushing large volumes of CSF very quickly and very deeply into the brain, much faster than was previously thought, to transport waste away under pressure.

Specifically, a bulk flow process moves CSF via the arterial system right into the brain tissue, exchanging with the interstitial fluid inside the brain. As it does, it washes through the tissue collecting waste particles that are sitting in between the brain cells. The CSF then enters the venous system via veins within the brain tissue, taking the fluid and the waste it picks up away from the brain. In this way waste material is efficiently removed from the brain tissue, by the CSF, via the circulatory system.

We know accumulation of waste and toxic matter in the brain environment adversely affects brain function. The discovery of the glymphatic system opens up the research field. Neuroscientist Maiken Nedergaard said, “We’re hopeful that these findings have implications for many conditions that involve the brain, such as traumatic brain injury, Alzheimer’s disease, stroke, and Parkinson’s disease”. The focus is finding how the glymphatic system might be implicated in cause and/or recovery. Here’s one example.

The Glymphatic System and Alzheimer’s Disease
One of the first extracellular waste products researched in the context of glymphatic cleansing was amyloid β. Amyloid β is a protein made and secreted by the brain cells in an on-going process and used to perform several regulatory and protective functions. Because the brain is continuously producing this molecule it needs to clear out any amyloid β it’s no longer using.

In Alzheimer’s disease the amyloid β builds up in the brain, clogging up the spaces in between the cells. Researchers think it’s these amyloid  β plaques that kill the neurons and cause the dementia that is a primary symptom of Alzheimer’s. In Alzheimer’s the glymphatic cleansing pathway may be failing, causing the increasing deposition of amyloid β. The fast-track cleansing pathway may have stopped working properly due to deterioration through ageing processes, or the effect of a previous infection or injury.

It may be possible to slow the progression of Alzheimer’s by increasing the rate of flow of the glymphatic system, thereby flushing the amyloid β out more quickly. Where deposits of amyloid β have accumulated, improving the glymphatic flow and its cleansing effect could break down and reduce these deposits and clear them more quickly from the brain via the circulatory system.
The good news is we already have an effective therapy for improving glymphatic flow.

CranioSacral Therapy Enhances Glymphatic Cleansing
Although glymphatic cleansing is a newly identified process, the concept of a stronger fluid motion through the brain is not new. Craniosacral therapy pioneer Dr. John Upledger hypothesised his “Pressurestat Model” of fluctuating CSF production within a semi-closed hydraulic system back in the early 1980s. This model of CSF moving under pressure within the dural membranes surrounding the brain and spinal cord was the basis of his evolving research and development of craniosacral therapy. There is now an extensive body of evidence of the health-promoting effects of craniosacral therapy, published by craniosacral therapists among a worldwide network of practicing clinicians.

Adequate flushing of the brain environment is essential for brain detoxification, nutrition and normal range of function. Scientists’ recent discovery of the glymphatic system’s mechanism informs Dr. Upledger’s earlier hypothesis. Just as importantly, it affirms craniosacral therapy as an effective and established treatment option for enhancing brain cleansing in cases of brain disease or injury and as a preventative measure.

Hi I’m Carolyn Simon, a qualified Naturopath, Medical Herbalist and Craniosacral Therapist with 24 years clinical experience. I live and work in rural Golden Bay at the top of New Zealand’s South Island. Surrounded by our beautiful natural landscapes, I have daily reminders of the renewing and nourishing qualities of nature. I grew up in an extended family that considered it normal practice to use natural remedies and consult natural therapists. The colour therapist, osteopath and naturopath were as familiar as the family doctor, and tissue salts were the first thing my mother would reach for when anyone was unwell. After a few years travelling and exploring the world those early influences led me to study natural therapies, and find my particular passion in craniosacral therapy. I've been in private practice since graduating and was a founding member of the NZ Society of Naturopaths. I combine naturopathic principles with flower essences and craniosacral therapy to provide a personalised, holistic and integrative approach to health and healing. I especially love craniosacral paediatric work for resolving birth trauma. I am passionate about natural pathways to healing, and educating people to make wise and well-informed choices about their health.