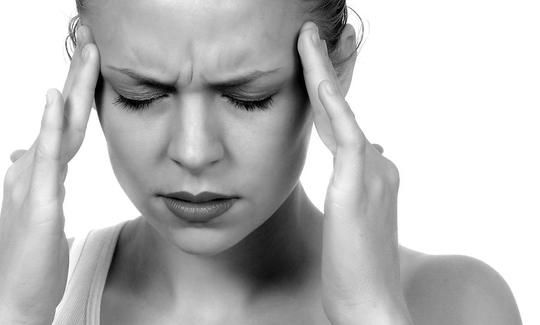 Although migraines are a common condition that is suffered by a number of people around the world, many people don’t really understand them. There are a lot of myths that are perpetuated about migraines which simply are not true. These myths and misconceptions can be annoying for people with migraines because they feed the stigma and make it more difficult for others to understand what they are going through.

So what are some of the common myths about migraines? Here are a few of the untruths that are commonly believed and the reality behind them.

1. A Migraine is Just a Bad Headache

Many people believe that a migraine is just a more serious version of the common headache. However, this is not actually true. Although headaches are a symptom of Migraines, it is in fact a complicated neurological disease which is characterised by flare ups which are called “Migraine attacks”. The headache isn’t the only symptom of an attack, the victim can also suffer from vomiting, nausea, sensitivity to light, smells, sound and movement, dizziness, seeing stars or flashing light and much more. The after effect is usually fatigue, drowsiness and confusion. A migraine attack is much worse than a simple bad headache. Also, a migraine cannot be solved with a simple pain killer – they require natural migraine medications and other specialised treatments.

2. Only Women Have Migraines

This myth is perpetuated because it is more common for women to have migraines – 18% of women have experienced them. However, migraines also occur in 6-8% of men, so women are not the only ones to experience this painful condition. This myth can be harmful, because it can result in men with migraines being misdiagnosed because the doctor didn’t consider the possibility of this condition.

If you think that a migraine headache doesn’t last for very long, you might be surprised to learn that they can last for days. A typical migraine can last anywhere between four hours to 72 hours and some have been recorded to last even longer. In fact, some patients have suffered from migraine attacks that have lasted weeks or even months. Some people have Chronic Migraines, which means that they have a migraine attack at least 15 days per month or more. If a migraine lasts for more than 72 hours, it is important to contact a doctor.

There was once a theory that migraines were more likely to affect people of a certain personality temperament. The idea was that a person was predisposed to migraines if they were high-strung, inflexibly, meticulous and a perfectionist. In fact, this began to be referred to as the “migraine personality.”

While migraines are not usually life threatening, there is a risk that they can be. Sometimes a really bad migraine can result in a stroke, blindness, a coma or even an aneurysm. This myth can be dangerous, especially if it leads to someone neglecting to treat their migraine symptoms because they believe that they are not life threatening. If you are experiencing unusually severe headaches, it is very important that your condition be checked and monitored by a doctor.

6. Caffeine Will Help with Migraines

If you want to find out whether or not caffeine is a factor in your migraine headache, it is helpful to keep a headache diary where you can write the details of what you were eating and drinking on the days that you experienced a migraine attack. This will help you to notice if you are getting more symptoms after drinking beverages with caffeine in them.

These are just a few of the common myths that many people believe about migraines. Whether by rumours or false education, these myths are passed along and become the widely held beliefs about migraines. Knowing the right information is very important so that this disease can be understood and treated correctly.

John Holmes loves to talk about health, medicine and well-being. He has suffered from migraine headaches for years and he uses a combination of exercise, chiropractic treatment and natural medications to keep the attacks at bay.