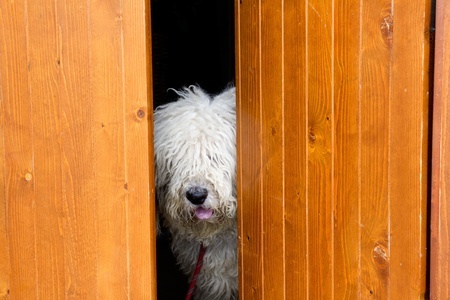 Are dogs capable of detecting your mood, danger, and disease?

When Doctor Claire Guest, a scientist and psychologist in animal behaviour decided to follow up a letter published in 2004, in “The Lancet” and written by a retired orthopaedic surgeon (on the ability of some dogs to detect bladder cancer) she didn’t know that her own (a Labrador named Daisy) was to save her life some five years later, when she sniffed out a cancerous cyst.

One day, in 2009, Daisy had suddenly begun to stare at Doctor Guest’s chest and then to prod her several times, before walking away.

Later that afternoon, she had become aware of soreness and a small lump which (a few days later, after a mammogram and a biopsy) proved to be cancerous. “Daisy, literally, saved my life,” she says.

And that was when she gathered together a team who set up The Medical Detective Dog Centre, based in Milton Keynes, in England.

Currently, they are training around 55 dogs at a cost of £6000 each; and this is why The Daily Telegraph included it in their 2014 Christmas Charity Appeal. And this is why Daisy, the MDDC’s top Sniffer Dog has been awarded the Blue Cross Medal, after identifying 500 cancerous conditions.

It’s been said that Great Danes have the intelligence of a clever five-year-old human child. Actually, from my experience I’d add Labradors, Golden Retrievers and Spaniels. And one rather small Terrier called Monty who, one day when I was giving some healing to a Gamekeeper, had eyed me up from his basket and then pushed himself between my feet to get some tender loving care for his own arthritic limbs. There was also the cat who’d jumped on my head, while I was giving healing to a friend, gently fixing his paws for a firm purchase, and purring loudly all the while.

“She’s not been too well, lately,” explained my friend,” and probably needed that as much as I did.”

Chloe was a Great Dane, come to live with us from an Animal Rescue Centre and (although we didn’t know it at the time) was in the early stages of Lyme’s Disease. She was a very affectionate dog and very sensitive to “atmospheres,” detecting sadness and doing her best to “make” things better.

On the evening before we were to take her to the Veterinary Clinic to have her “put to sleep” (already I can feel the tears coming from that memory) we had taken her for her last walk, in the country. Every so often she had paused to take a long look, all around her, as though she was saying her goodbyes to the landscape. On the morning that we walked into the Clinic there had been two male Great Danes in the waiting room. They had looked at each other in a very “knowing” kind of way, and then slowly walked towards her, one on each side and nudging gently. When the Vet had opened his surgery door, to fetch her, they had stepped aside and whimpered gently, as she had given us her last look. Outside, in the car, I had wept.

Some years before we had brought a Golden Retriever puppy to live with us, when we lived in a very isolated Inn. We called him Toby and he immediately became a very good friend to our two young sons, watching over them as they played on the surrounding moors. One Christmas, on a very cold and blustery night, when my husband had gone down to both take, and pick up, gifts a group of soldiers and their temporary local girlfriends had barged in, very close to closing time. By “local” I mean from a village fifteen miles away. We had no telephone, and the nearest public one was five miles away.

This had never really worried me, because I do believe in Guardian Angels but the belligerence of an already “tanked up” group was making me uneasy, especially when one of the girls made mention of our Land Rover not being parked outside. “So, he’s away then?” had been her way of letting the young men know that I was alone. One of them had picked up on this and looked around. “It wouldn’t take much to clear the shelves of whisky,” he had said, “and to empty that till.” Which was when I did begin to feel rather scared.

There had been a warm fire still burning in the small sitting room, where I had intended to wrap some Christmas gifts for our children, and I had already locked the door after tidying up. This was Toby’s favourite spot but I hadn’t even thought of calling him. That hadn’t stopped him from thinking about us, though. Suddenly, I had felt his warm body rising up against me, as he put his paws on the counter, with teeth bared and growling.

Such was his authority that the girls had backed off, the men beginning to mutter and (downing the drinks that I had served them on their arrival) had left. Immediately, I had locked the heavy door and checked the back door was bolted, before putting the kettle on to make a pot of tea. I had sat down on the floor with Toby, him with his saucer and me with my mug, and we had hugged each other; both of us shaking with nerves.

Many years later, I was travelling close to the Public House, where we had bought Toby, and remembering what I had once read: “If you give a dog a name, you give it a soul.” Toby had been a Good One. Behind me, a small Spaniel named Susie had been sitting on a friend’s lap (to all intents and purposes, asleep) but now I felt her licking my ear before she had climbed over on to my lap, pushing her warm body against me and looking up into my face. I have no doubts that she had picked up my thoughts and, maybe, was passing on a message from him.

Never, ever doubt the intelligence of dogs and cats, often more in touch with the unseen and the unheard than we are.