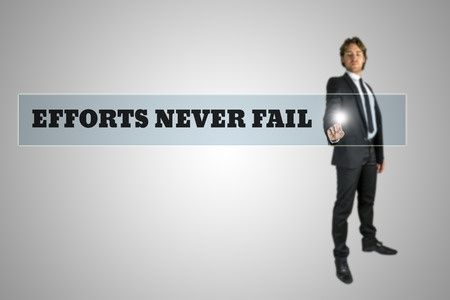 Nothing will get you more in life than persistence. Make sure this characteristic is high on your list as it will deliver your dream to your door.

You are trying to accomplish something. You feel you have given it your best shot. Still, it has not arrived. Why give up on your dream because of the time limit that you gave it?

If you knew beforehand it would take only another two days, would you still persist with it? Of course you would! But here’s the catch: You never will know how long it is before a certain idea’s time has come. It will come about when it comes about. Your job is to never give up.

Winston Churchill, Prime Minister of the United Kingdom from 1940 to 1945 and again from 1951 to 1955, was very famous for his part in winning World War II. However, he came very close, on a few occasions, to being defeated by the Germans.

He was asked to give a speech at his old school. When he was introduced, he stood up, walked over to the microphone, leaned forward and pointed his finger at the unsuspecting young adults. All he said was, “Never, never, never, never, never give up,” and quietly proceeded to sit back down in his chair.

No one in the history of mankind has accomplished anything great without the passion inside of them expressing an attitude of not giving up. That’s just the way life is. That never will change. Once you accept and believe this, you will assume that great things will happen instead of assuming that they will not.

Thomas Edison, the inventor, said he performed ten thousand experiments before he invented the electric light bulb. Now that’s what I call a persistent human being!

When asked if he felt like he was a failure at the time, he said, “No, I didn’t.” Inventing an electric light bulb was just a ten-thousand-time process but he did not know it.

What if Edison had said to himself, “Enough is enough,” on the nine-thousandth, nine-hundredth and ninety-ninth time? He would have concluded it was impossible to invent such a thing. Then years later someone else probably would have continued where he had left off and produced it instead.

There are so many stories of people giving up through the years, only to have someone else finish what they started. Those people lose out on the glory because they just did not believe or have enough faith that it was possible.

If you find yourself in a position where you have to choose only one characteristic to see you through a dream to the end, persistence alone will get you there.