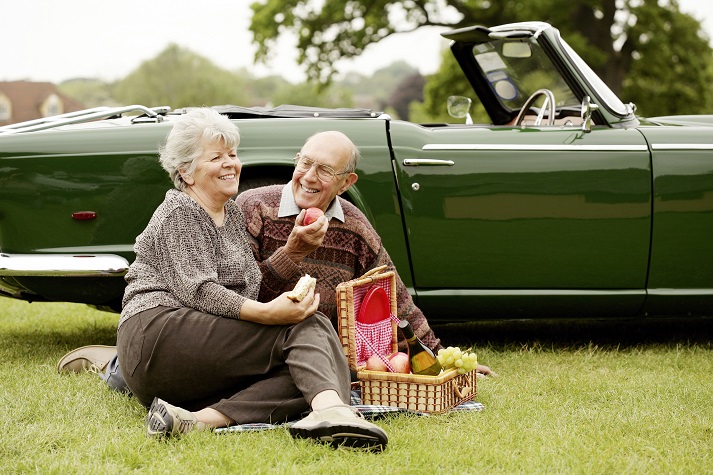 Before memory loss and other symptoms start to appear, the body starts exhibiting signs of dementia suggests a recent study by Washington University in St. Louis. Contrary to popular belief that dementia initially affects the brain while physical changes follow later, researchers at Washington University claim that a person’s weight loss rate actually doubles in the early stages of dementia and becomes more pronounced as the illness progresses.

This finding is further supported by researchers at the Mayo Clinic in Rochester, Minnesota, who claim that women who will go on to develop dementia begin losing weight at least 10 years before a full diagnosis is made.

David Knopman, who led the research at the Mayo Clinic, believes there are many reasons for women to lose interest in food before dementia and other cognitive issues come on with full force. One reason might be that they have less initiative to eat, or perhaps they experience feeling full sooner when eating. The damage to the brain also can dull their sense of taste and smell, making the food less appealing.

Women are at a higher risk.

Surprisingly, the same results were not seen in the male study participants. “Post-menopausal hormonal changes can be one reason,” says Knopman; while it’s possible that another reason could be social stigma. Since middle-aged men are less likely to prepare their own meals, and usually have spouses or adult children to take care of them, the sense of smell does not affect them as much as it does women.

However, since women take on the majority of the household responsibilities, as the brain damage starts, they forget to shop for groceries regularly, don’t cook daily, and even eat less – resulting in poor nutrition that leads to extreme weight loss as the disease progresses.

This being said, UK dementia stats claim that 61 percent of dementia patients are females[MI2] , while in the US, every 1 in 6 women is susceptible to dementia. This means that, regardless of the person’s weight, women are at a higher risk of developing dementia later on in their lives.

Dementia – more than a brain disease!

Jeffry M. Burns, M.D., the Associate Director of the University of Kansas Alzheimer’s Disease Center, said “In general, we think of Alzheimer’s as a brain disease, but this is evidence that there are systemic problems throughout the body in the early stages of Alzheimer’s.”

He, along with his research team, studied one group of 101 participants and other group of 405 participants who underwent brain tests designed to identify the plaques and the protein abnormalities of the disease. In both groups, cerebrospinal fluid was analyzed for fragments of these proteins. Both groups included some Alzheimer’s patients, some with mild cognitive issues, and others with no symptoms of brain deterioration.

Although no connection was found between body mass index and Alzheimer’s biomarkers in the patients who already were diagnosed with the condition, those with a low body mass index were linked to a higher probability of having brain plaques and abnormal tangles of protein. In simple terms, 85 percent of the non-overweight participants had signs of the above-mentioned brain abnormalities, while 48 percent of the obese study participants were seen with signs of brain deterioration.

As we all are well aware, dementia and other cognitive disorders are common risk factors for an aged person. In fact, the World Health Organization estimates that more than 47 million people have dementia around the world and that number is expected to double by 2030.

And although the exact cause of or cure for the condition is still unknown, researchers all over the world are making an effort to find out the exact reason for the brain deterioration that results in

In short, a low quality of life.

Of course, the above-mentioned studies show only an association and the status of weight loss as a prime marker for dementia is not yet clear. However, the studies are described to be “very strong” and it is likely that over time the researchers will be able to identify the risk of dementia before it even starts affecting the person’s weight.

Unintentional weight loss is common in older individuals and often is attributed to underlying illnesses. But always remember, a number of health problems can manifest in the form of weight loss, and while dementia is one of them, it is not the only one.

If you or a loved one exhibit physical changes, don’t write it off as dementia or another form of Alzheimer’s. Instead, speak to your doctor about your concerns so you can get the correct diagnosis. Online dementia tests also are available to make a preliminary assessment of your condition.

Unintended weight loss sometimes can be a sign of serious underlying medical conditions and requires a thorough medical evaluation to determine the cause or causes. Weight loss also can be the result of malnutrition, which usually can be addressed via oral supplements and protein shakes.

Whatever the reason, schedule an appointment with your doctor to prevent a more serious health condition. Having an early diagnosis of dementia or any other medical condition can prevent complications in the future and increase your chances of an improved quality of life.

Kamil Riaz Kara is a Writer with a Masters in Administrative Sciences. He frequently blogs on technology, lifestyle and health. LinkedIn