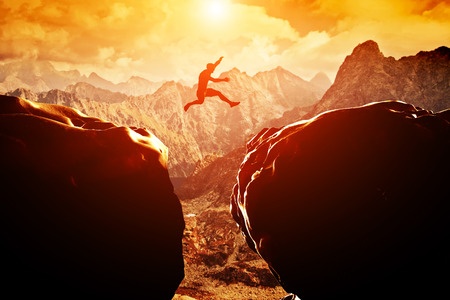 Yesterday I walked in on my two young grandsons to find them in the midst of a big argument. When I asked what was going on, the younger Jesse tearfully admitted, “I punched him on the nose because he said I was dumb!” The older one quickly replied, “Yeah, but that’s because he wouldn’t share his Lego”.

Later on, when tempers had cooled, I tried explaining that there’s no excuse blaming someone else for our behaviour. Hitting is not okay no matter what the other person does. “But what if he calls me the ugliest names in the whole wide world?” Jesse asked. “Still not okay,” I replied. He screwed up his nose–it was not the answer he was looking for.

Only a few hours later during a coaching session with a client I found myself in a similar conversation. Obviously my client hadn’t punched anyone in the nose, but they still were behaving in ways that were less than mature and admirable. They were justifying their response on the grounds that the person they were dealing with was behaving the same way. It reminded me that blaming other people for our negative emotions and our own poor behaviour is a habit we fall into at a very young age.

Whether we like it or not, we always have the choice in what we do, what we say and who we are. We have the choice to respond or react. No one can make us do what we choose not to do.  No matter what terrible, hurtful thing someone does to us, it doesn’t have to determine who we are.  You and ONLY YOU get to determine that. An outstanding case in point: Viktor Frankl said, after surviving the loss of his wife, mother, father, brother and countless friends in the Nazi gas chambers during the Holocaust, and being robbed of his clothes and every worldly possession, “Everything can be taken from a man but one thing; the last of the human freedoms–to choose one’s attitude in any given set of circumstances, to choose one’s own way.”  His is a remarkable story told in “Man’s Search for Meaning”.

People around us are just responding to the way they see life is treating them. When we learn to take responsibility for our own attitudes and actions then we are able to find the courage to make the changes we need to ‘fix’ us. Jesus said, “Let he who is without sin cast the first stone”. That puts me in my box!

Most people don’t set out in the morning to see how they can upset you. They are just living out their own frustration and their own perceived limitations. Recognize that people’s words and actions directly reflect the way they see themselves and the world. If people are acting in a hostile manner, it’s because they have a belief structure that says the world is a hostile place. If a person is arrogant, it’s because they are terrified you will discover they are not good enough. If they’re petty, it’s because they perceive their world is small and limited. If they’re mean it’s because they’re miserable. As Gandhi once said, “Be the change you want to see in the world“. The truth is anyone who is truly happy with themselves has no need to bring others down.

So before you begin “the blame game” or justifying, ask yourself, “Is blaming serving me or holding me back from the happiness and relationships I want in my life?” If your answer is truly honest it won’t be the former. Blame is a program we have learned at a very early age and is often a convenient escape from facing the truth about ourselves. Knowing this truth doesn’t always make life easier, but it does make life better. When we accept responsibility for our own moods and results, it makes us an immeasurably more powerful creator in this journey we call life.  Being able to create a happy life full of abundance is worth the inconvenience of accepting responsibility.