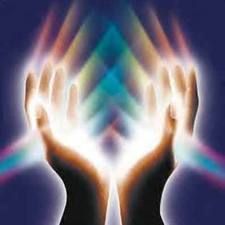 Science has taken the quest to understand the riddle of life deep into the biochemistry of cells and the complexity of DNA, and yet the mystery of human health and healing seems to linger just out of reach. After years of experimenting with thousands of natural and organic ideas on the farm and with my own health issues, I came upon an approach that was mind-numbingly basic and worked! The answer was not a drug or stem cell or rare herb, but simple substances, universally common electrons and their overriding influence over molecular behavior. Oxidation-reduction chemistry, redox for short, began to form the basis of my thinking.

By definition, anti-oxidants supply electrons to satisfy electron-hungry oxidants and free radicals. Many vitamins, minerals, enzymes, phytonutrients, fats and even water and sunlight fit that description and supply electrons. After I successfully employed Vitamin C and noted its action, particularly when taken in large Linus Pauling doses, I asked a few questions. Why had it worked so dramatically in mega doses, but not in small 2-3,000 mg amounts? And how had it been instrumental in halting serious infections, detoxing my body and restoring robust health? I looked to simple chemistry and physics.

Since free radical oxidants had been accepted as a common enemy of cell molecules and various antioxidant-rich and acid balance diets had met with success, I began to draw parallels between oxidation-reduction chemistry, and nutrition, toxins and emotional states. I even related these common denominators to dozens of seemingly “oddball” therapies that had nevertheless gotten results with cancers, heart disease, arthritis, etc..
As I looked at the chemistry of immune response and inflammation, the characteristics of sunshine and the physiology of breathing, I was stunned by the idea that we are electrical. Electrons determine biochemical behavior, preserve the integrity of cell structures and are THE energy currency in our cells. How incredibly simple!

Upon further research, the relationships among electrons, oxygen and acidic protons began to emerge. I found that mega-dose Vitamin C not only provides protective antioxidant electrons, but actually releases oxidizing peroxide and singlet oxygen, just like a normal immune response. I also noted that positively charged acidic protons gobble electrons and turn oxygen into water preventing its availability to mitochondria that would otherwise generate more electrons to power our cells. In an electron-rich environment biochemistry proceeds appropriately and DNA expression, enzyme production and oxygen levels are optimal. When electrons and oxygen become depleted, free radicals become rampant and source inflammation, cell processes are crippled and disease begins.

The redox equilibrium appeared to be at the crux of health and disease! This key balance meant that plentiful electrons and oxygen favored health and that oxidant free radicals and acids favored disease. And additionally, strategic bursts of oxygen radicals performed the healing!

As I began to accept this principle as the governing factor in health and healing, scientific evidence of its validity appeared everywhere. A lack of electrons causes the dissolution of cell structures and the random sticking of unwanted molecules to DNA, membranes, blood vessels, etc., which disrupts biological function and is known as oxidative stress. Oxidative stress is becoming recognized as the source of many diseases and bad ageing. Various supplements and therapies designed to reverse it are working in real time!
When all the puzzle pieces finally fit together, the implications were shocking. Oxidative stress is the direct effect of our misguided chemical agriculture, industrial pollutions and stressful wheel-spinning lifestyles, and as such betrayed the absurdity of a pharmaceutical approach to medicine.

We are our own problem! Our industrial system IS the disease. We won’t admit it and refuse to change. We are all involved in building our future, and will all share in it for better or for worse.

Capt. Randall is an organic farmer and independent health researcher. This synopsis of a redox approach to health and the reversal of disease will "click" for those on the path, but for many the simplicity will be overwhelming and unbelievable. Implementation of the redox principle is covered in Forbidden Healing forum