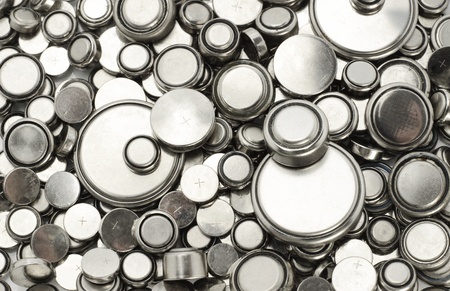 You wouldn’t think little things such as button batteries could be so dangerous. Learn how to mitigate these dangers and keep children safe.

Button batteries — you wouldn’t think such an inoffensive little thing could be so dangerous. And yet, more than 3,500 incidents of button battery ingestion are reported to U.S. poison control centers each year. Why? Because when these batteries get stuck in the esophagus, the saliva generates an electric current which triggers a chemical reaction that causes severe burns in as little as two hours.

Where Are They Found?

Button batteries can be found in a variety of electronics in your home. They are used to power:

Since parents often are unaware of the risk, small children generally have easy access to these devices. What’s especially disturbing is that what we assume are “dead” batteries still have enough electricity to harm a child, since they stop powering devices long before they run out of a charge.

How To Prevent Button Battery Injuries

Any devices with battery compartments that aren’t secured with a screw should be kept out of sight and reach of children — ideally in a lockable cupboard. Loose batteries also should be locked away.

Teach older children that button batteries are dangerous and should not be played with or given to younger children. Share this information with friends, family and babysitters — it only takes a moment and could save a life.

What’s Being Done About the Danger?

In March of 2015, Underwriters Laboratories (UL) announced a new standard for button or coin cell batteries — one that requires performance and abuse tests to determine the potential for an accidental battery release. The standard only includes household products and defines the methods product makers should use to prevent the battery from being removed or falling out.

Stronger battery compartments may be able to prevent some batteries from being swallowed, but scientists aren’t counting on it. Researchers at MIT, Brigham and Women’s Hospital and Massachusetts General Hospital are working to develop batteries that will be safe even when ingested. They have devised a way to coat button batteries with Quantum Tunneling Composite (QTC), a material commonly used in touchscreens and keyboards. QTC acts as an insulator, preventing the battery from conducting electricity after being swallowed, but allowing it to conduct electricity when compressed in the battery compartment.

Unfortunately, it still will be a while before we see widespread safety measures put in place. Attorney Richard Newsome puts it plainly, “Children will continue to be harmed by button batteries until battery compartments and product packaging are made more secure, warning labels are clear about the danger, and the batteries themselves are designed safer.”

If you believe your child has swallowed a button battery, take them to the emergency room immediately. Do not induce vomiting, do not give them anything to eat or drink, and unless the child is actively choking, do not attempt the Heimlich maneuver.

To contact your local poison center, call the national toll-free Poison Help hotline (1-800-222-1222) from anywhere in the United States. This is a free service and you do not have to have an active emergency to call. Call for any reason, 24 hours a day, 7 days a week.

Liz Greene is a dog loving, beard envying, pop culture geek from the beautiful city of trees, Boise, Idaho. You can catch up with her latest misadventures on Instant Lo or follow her on Twitter @LizVGreene.