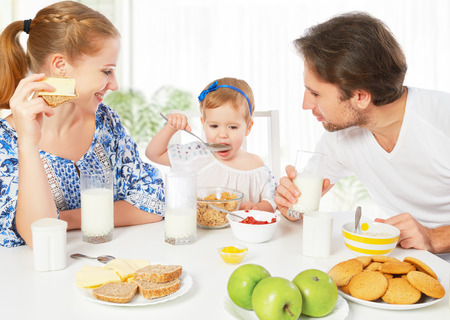 The old saying that breakfast is the most important meal of the day might not only be untrue, but it really depends on what you eat. Many of the breakfast foods you choose might contain more calories and sugar than you realize. Cereal is especially “guilty.” Many brands, despite having healthy-sounding names, actually are hiding a lot of sugar. Yogurt companies follow the same notorious practices.

A recent story from the New York Times’ Upshot blog included the results of a poll comparing the perceptions of nutritionists and the public regarding the healthiness of common foods. The results showed many Americans think many foods are healthier than they really are.

Different brands define serving size in various ways, contributing to the confusion. Some brands list the serving size as significantly lower or smaller than what most people usually eat, sometimes listing as little as a few teaspoons as a ‘serving’ of their product. Then people improperly calculate their calorie consumption.

You might not want to give up some of your preferred breakfast meals even after finding out they contain as much sugar as many desserts. Even so, you still can watch your calorie or sugar intake by choosing many healthy alternatives.

If you think you’re safe eating a bowl of oatmeal, you might want to look at these numbers. One cup of Quaker Oats & Honey natural granola has more than 26 grams of sugar and 420 calories or the equivalent of five Oreo cookies. Alternatively, you could eat oatmeal made from this recipe with coconut flakes and chopped nuts, topped with the right kind of yogurt. Get a recipe here:

Despite the bran and fruit, Peet’s Bran Cranberry Apple Muffins contain 550 calories, including 250 from fat alone and one-third of the daily recommended intake of sodium. By switching to this Kellogg’s recipe, you can remove 380 calories and keep the same great taste.

To find out if your preferred cereal is an offender, the Food Advertising to Children and Teens Score project ranks more than 261 brands based on a nutritional measurement tool called the Nutrient Profiling Model. If you find your favorite is on the lower end of the list, you easily can find a substitute in the provided section.

You can continue eating delicious and even sweet-tasting foods first thing in the morning without worrying about your calorie intake or how much fat or sugar is hiding in them. Consider adding Stevia or a natural sweetener to any of the healthy recipes, and you probably won’t notice the difference.