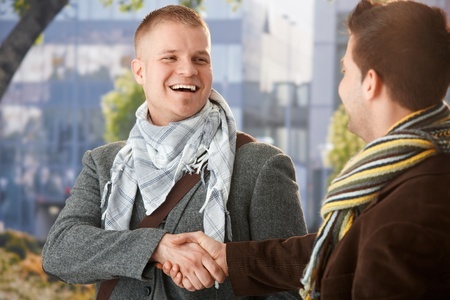 One important point you should consider is there is no point trying to make a person your friend unless they have the availability to be one. What do I mean by that?

To illustrate, let me give you an account of one of my adventures many years ago, when I realized I hardly had any friends in my life. I decided to go on a search to increase my “friends” amount on my life’s balance sheet.

There was a time in my life when I wanted to change direction, fulfill a new purpose in my life and went looking for a “day” job. I ended my career as a singer/musician, as I wanted different things in my life.

I applied for a job as a courier where a man had a home-based business. The meeting was at his place of residence. What should have been a 30-minute interview became a three-hour discussion.

While talking about my previous employment, it was amazing how much we had in common. He used to be a professional singer and dancer and had performed in many of the same venues that I had. He also had worked with a few agents that we both knew quite well and some that both of us did not know so well.

We shared stories of what went right and what went wrong with our shows and laughed at the way we each handled our similar situations and circumstances. I also met his family and his father, who was in the jewelry business and had been for many years.

Again, there was a common interest there, as my eldest brother had been in the same business for just as many years.

I instantly took a shine to this man and his wonderful family. It was if we were meant to meet. His uncle was in World War II, and he had many framed pictures around his home.

He talked about how his uncle trained him in the art of Brazilian Jiu Jitsu. I also knew an elderly man who was in the same war and was also a trainer in the art of self defense.

After awhile, we realized the time and said our farewell. He said he would let me know if I was successful in my application.

I called him up about a week later and asked if we could catch up in a social environment. He said he was far too busy and suggested we try in a couple of weeks.

I remembered the definition of insanity: Trying to get a different result by doing the same thing over and over. I tried a different approach.

I decided I would ask him to train me in the art of Brazilian Jiu Jitsu, as I knew he was passionate about this. I also had wanted to learn some form of self defense ever since I was a small child.

Yet again, I called and asked if he was willing to train me, and he showed a slight interest in my proposal. He indicated to me he would consider it, as he had been thinking of just that very thing for a while now but never had gotten around to it (obviously because he was too busy). Yet again he said he would get back to me.

It wasn’t until a whole year had passed before we even began our first training session together as a student and teacher. This would, at the same time, fulfill my interest in learning self defense.

Another bonus here is that if I had not been persistent, he also probably would never have begun his dream of starting a training class as a teacher.

At this stage, we still were not classified as friends. We were just two people wanting to enjoy training together. For me, we were now on our way to building a friendship. Every week we met, I learned and practiced the moves that he showed me, and I really enjoyed myself learning the craft. As he did not have a car, I often would pick him up at his place and then bring him back, sometimes calling in for coffee. I was especially happy to see his father, as he had great stories to tell and we both made each other laugh.

This went on for about a year, and I am happy to say we became close friends. I am so glad I had that burning desire to have him as a friend because he and his family were some of the friendliest people I could have known at the time. Not only did our friendship develop, but so did his number of students. In turn, I developed more friendships within that group.  We all enjoyed more than two years as comrades in action on the gym floor.

The reason this did not happen naturally in the first place was because he was not available. But I knew it had the ingredients of becoming an ideal friendship. That is why I kept trying until an opportunity came about and, as one did not show up, I created my own opportunity. People might already have seven close friends and a busy schedule with no time to spare.

So if you have found someone who checks off all the boxes, just be patient and look for opportunities that will give you a foot in the door. If you cannot find one, create one.