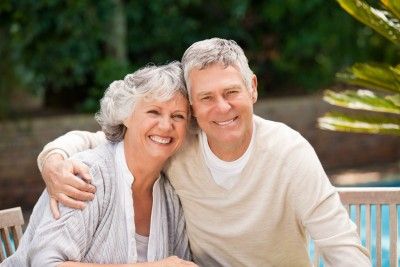 Can we re-think or re-program our thoughts to such an extent that we can live a longer and healthier life? Most of us have come to accept that our thoughts, positive or negative, do impact our emotions. In turn, our emotional mindset can give us the encouragement to fight chronic disease and, in some cases, cure ourselves. Less than positive thoughts seem to have a deleterious effect on our overall health.

We often identify our culture as being “youth oriented,” which is a not-so-subtle hint that the majority of people in the U.S. are somehow non-essential. This message is detrimental to society as a whole. While this cultural focus is not unique to the U.S., it’s not as prevalent in other countries around the world. Latin American and Asian cultures tend not to write you off if you are over 50.

Science has questioned these complex theories for decades now. Harvard psychologist Ellen Langer is one researcher who has been committed to questions about cultural cues on disease and aging and their relationship to longevity throughout her career. Since 1979 and her first experimental project in this field, Langer’s work seems to reiterate again and again that the link does exist. Changing your mind about the aging process could hold at least one key to a long life.

Langer’s research supports the fact that living in a mindful state as compared to a mindless state, is key. By her definition, a mindless state would be one in which people accept the common cultural perceptions about aging which assault our senses daily. Examples of these include the commonly accepted stereotype that old people always become forgetful or have poor balance and become frail and less agile.

According to Langer, living in a “mindful” state is the way to look at aging. In her book, Counter Clockwise (Ballantine Books, Random House Publishing Group 2009), she explains this concept as “the need to free ourselves from constricting mindsets and the limits they place on our health and well-being and to appreciate the importance of becoming the guardians of our health.”

Her ground-breaking study inspired her to spend years researching the link between mindfulness and a long and healthier life. First published in 1981, the study involved men in their 70s and 80s. The men chosen had various health issues and infirmities and could not be described as excellent physical specimens.

Langer divided the group into two and then embarked on a week-long retreat. The experiment called for one group to spend time during the week reminiscing about life in the 1950s. The other group was surrounded by life as it was in the 1950s. They were provided with access to technological assistance so they could debate the news of the day as it was occurring in 1959; a time warp of sorts. The only common denominator between the two groups was the admonishment that they must take care of their own personal needs.

No one in either group was treated as incompetent or sick, and this started the moment they arrived. Each study subject had to carry his luggage to his room and the facilities were not outfitted with any disability accommodations.

To measure the outcome, Langer took a number of physiological measurements before and after the week-long experiment. At the end of the week, both groups showed improvement, but the group that was fully immersed and living for the one week period as if it were 1959 showed dramatic change. In some cases, their hearing and eyesight improved. As they waited for the bus to take them home, a few members of this control group engaged in a game of touch football. Remember, some of these subjects were using canes when they arrived.

Why did this happen?

Langer believes, then as now, that it was the result of internal re-structuring. Self- perception, motivation and optimistic thinking all were involved in a positive outcome. This study, and the many others she has spearheaded throughout the years, tells us that positive thinking can fuel positive actions, both of which contribute to a longer, healthier life.

More and more role models in American culture seem to attest to this. Talk show host Larry King and financial mogul Warren Buffet certainly are examples of aging people who have remained vital in their fields long after when it was once thought possible. While both may give a lot of thought to numbers in dollars, neither seems to pay much attention to numbers in their respective ages. The next time someone asks you your age, pick a number you like and see how it feels — think about that number as a prescription for your future.