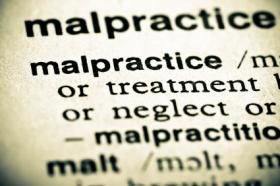 Every single person expects to get help when they head to a doctor’s office. After all, the hippocratic oath itself states ‘First do no harm.’ Doctors are held in much higher esteem then almost any other professional, because their job is to save lives. Whereas you might know that everyone makes mistakes, you never dream that your doctor will make a mistake. Yet, it’s pretty much the worst thing that you could happen to you when it does happen. When a doctor makes a mistake it leads to a malpractice lawsuit, and some of these can be pretty scary. The following are the top five scariest medical malpractice cases.

First up on the list is the case of Michael Hicks who planned to have a standard liposuction procedure done that was estimated to take about an hour and a half. Six hours later it was completed, but the delay was caused because his surgeon kept falling asleep and stumbling over himself throughout the entire surgery. Coworkers were aware of the situation but did not attempt to stop the doctor from operating and now Beth Israel Deaconess Medical Center in Boston and Dr. Loren Borud are facing malpractice lawsuits.

Daniel Stalker might have preferred that his doctor had fallen asleep compared to what happened to him. Stalker went in for a routine vasectomy following the birth of his fourth child but got a lot more (or less) then he bargained for when he started to experience pain while the cut was being made. Despite his claims of pain the surgeon continued until Stalker vomited in pain. One of his testicles had actually doubled in size and started to turn black. A few years later Stalker had no choice but to have both of his testicles removed. What might be more shocking to hear is that vasectomy pain is actually quite common. This website claims that they are one of the most common types of malpractice cases.

Men are not the only ones to end up with embarrassing side effects of botched surgeries as Sarah Wallace can tell you. Sarah went into labor early and the doctor on-call decided to perform an episiotomy which is the term for when an incision is made to help make it easier for the baby to pass through the vagina. However, maybe he was a bit sleep himself because he forgot to look for a hole that can be between the vagina and anus and as a result Sarah now actually passes stool via her vagina. Needless to say she is suing him for a massive amount of money. This is actually a best case scenario, there are many birth malpractice cases such as this one where the child ends up seriously harmed or is even lost.

Next up is the case of anyone that had a Stryker Hip repair. This metal on metal hip replacement was commonly used and over 39,000 people have had this type of hip replacement. The problem was that it was given a huge grant when introduced allowing it to skip clinical trials and FDA approval. The company has now admitted that it can lead to severe pain, metal poisoning of the blood, hip dislocation, and more. Unfortunately, the only way to fix the problem is to remove the metal hip and replace it which means much more intensive surgery and recovery. This why medical malpractice lawyers are now helping those facing more pain and suffering by helping them find a way to get some relief via a lawsuit.

Rounding out the list is the case of Nico Swift and Matthew Hayes: a couple that paid thousands to get pregnant. The plan was to harvest his sperm and implant it into egg. However, Matthew’s sperm accidently ended up in the wrong woman. The result was already irrevocable, but since the woman chose an anonymous donor law stopped Hayes from even seeing the child that he actually fathered. As a result, the couple now has two lawsuits waiting to be heard in court and is said to be destroyed by what has happened.