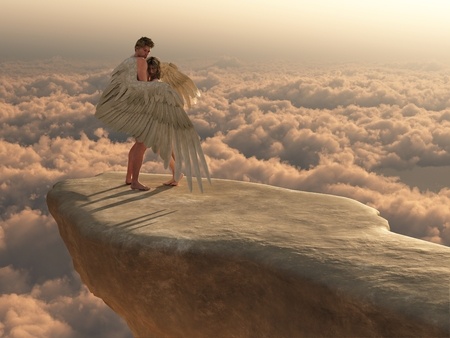 I will start by being BOTHERED which, to be honest, I have been since the very moment I was born. I’ve been thinking, “What on Earth am I doing here, this time around?”

Then there was quite a while being Bewildered and, Nowadays, being Bewitched, in the sense of being charmed and amazed and totally awed by my own yellow brick road that’s taken me to quite a lot of crossroads in my very personal journey.

It’s all summed up by the lovely lady (a veteran from Bletchley) who, still enjoying a gin and tonic in her ninth decade, explained what she had learned from that time:

“You either do it, or you don’t do it. And, if you choose not to do it, then nobody else is going to do it for you.”

So, let’s all click the heels of our metaphorical ruby red shoes and take that first step.

This is the 21st Century, well since we began measuring it on a calendar, and we’ve been trying to sort out what it is to be a human being for a very long time before that.

And think about what being a spiritual being means.
It surely doesn’t mean the killing of those who think in a different way, does it?

And yet, different kinds of religions and belief systems have done just that throughout our history (written and unwritten). No wonder, it’s said, that the angels weep.

There’s a word, SUBJUGATE; good for Scrabble, if you get the letter, but rather horrible if you are in the middle of being SUBJUGATED.

That word “conquer”- “Conquistador,” given to those Spanish (in this case) who rampaged across Mexico and parts of South America in their time. They annihilated so many and their cultures, leaving a terrible inheritance for those who came afterwards.

In the same way, when the Muslims had taken the Holy Land, so the Crusaders (under the banner of the Holy Cross) set out to take it back.

That is a good enough point to consider: boundaries, limits, borders.
No wonder the tale that lingers, of Lucifer being thrown out from Heaven, is when he apparently attempted to set up another state!
EVEN THERE!!
PARADISE!!!

So, as human beings, what do we really, REALLY WANT to become who we are?

And why do we so mess up the world we were given?

When I’m let loose, I can be a mass of quotations.
Oh yes!

Think on this, said by Anatole France:

“We do not know what to do with this short life, yet we want another which will be eternal.”