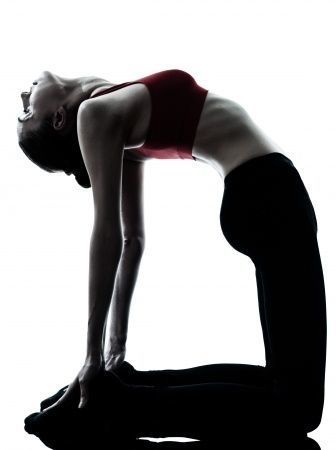 If you need more zest and zip in your life, the secret to that and more can be found in a set of simple (yet profound) yogic exercises known as the “Five Tibetans.” Developed by Buddhist monks and brought to the West in the 1930s, Tibetan yoga is a series of five movements that improve digestion and circulation while dispelling fatigue and depression. Advocates of the practice rave about the boundless energy, clarity and vitality the short daily sessions produce. And many also believe Tibetan yoga reverses the hands of time, promoting an ageless and disease free body.

Yoga in general long has been associated with reduced tension, stress and anxiety in those who regularly practice it. A study in the Scandinavian Journal of Work, Environment and Health found that a single 60-minute session of yoga once per week improved feelings of clarity, energy, confidence and resistance to workplace stress after six weeks of participation. Since stress strongly contributes to the development of disease, the health implications of yoga are impressive.

Tibetan yoga is unique, as the benefits are felt almost immediately with a minimal investment of time. The five yogic exercises are said to quickly balance the hormonal system, which, in turn, promotes longevity, deflects disease and slows aging.

– Heightened feelings of cheerfulness and well-being

– Reduced back, neck and joint pain

The poses are simple to learn and take less than 10 minutes to complete.

If you are on medication or have serious health issues, consult with your health care practitioner before attempting the following exercises. It’s best to begin slowly. Start with one repetition of each exercise and gradually increase to a maximum of twenty-one.

First Rite – Stand erect with arms extended horizontally, palms facing down. Spin in a clockwise direction until slightly dizzy, one to twenty-one times. Deeply inhale and exhale during the exercise.

Second Rite – Lie flat on your back with arms at your side, palms facing down. With lower back straight, inhale and raise legs to a vertical position with straight knees. While holding legs in this position, lift your head off the floor – tucking the chin into the chest. Gently lower both legs and head to the floor while exhaling.

Third Rite – Kneel on the floor with toes curled underneath. Keep erect and place hands (palms down) against the back of the thighs. Inhale and arch the head, neck and spine backwards. Exhale as you return to an upright position.

Fourth Rite – Sit erect on the floor with legs extended, spaced about 12 inches apart. Keep arms at your side with palms pressed to the ground. Tuck the chin towards the chest. Inhale and drop the head backwards while raising the hips and knees to a flat plank position. Exhale and lower the body to a sitting position once again.

Fifth Rite – Lie face down on the floor. Press palms onto the ground, slightly raise the upper body and balance on the balls of the feet while inhaling. Arch the head and neck backwards. Next, bending at the hips, pull the body up into an inverted “V” and tuck the chin against the chest. Exhale and return to starting position.

Photographs of the poses and extended instructions can be found here.

Carolanne enthusiastically believes if we want to see change in the world, we need to be the change. As a nutritionist, natural foods chef, and wellness coach, Carolanne has encouraged others to embrace a healthy lifestyle of organic living, gratefulness, and joyful orientation for more than 13 years. Through her website  www.thrive-living.net she looks forward to connecting with other like-minded people from around the world who share a similar vision.