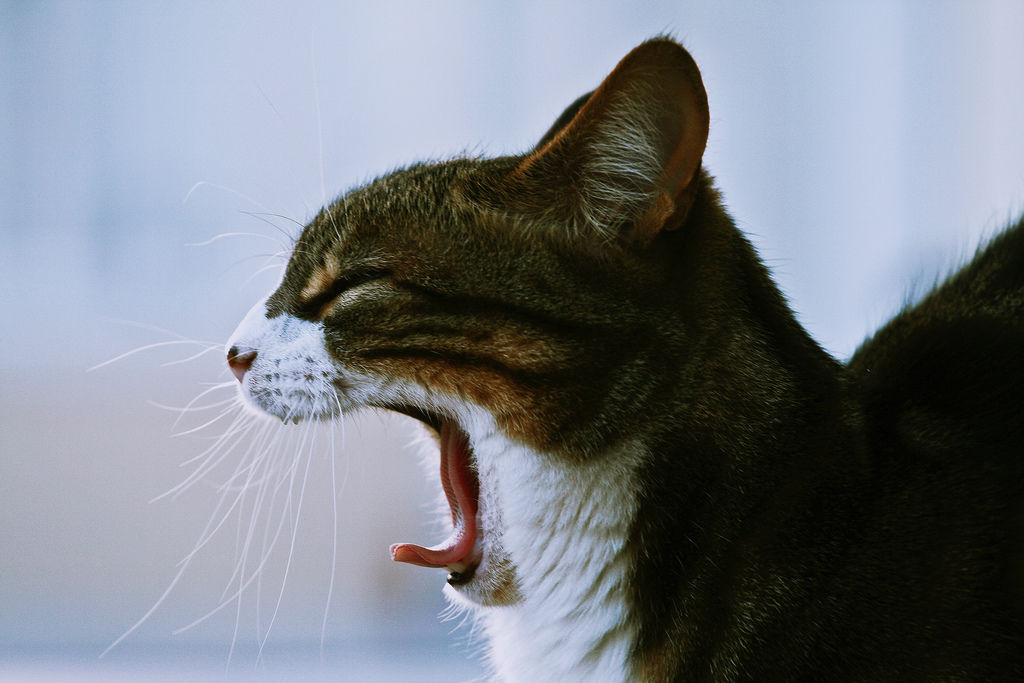 What is a Yawn?

Oscitation, better known as yawning, is a semi-involuntary act of opening the mouth widely and inhaling deeply. It’s surprising to know that almost all vertebrates yawn, including birds, jaguars, dogs, cats, and, of course, humans. We even yawn in the most early stages of our lives inside the womb. But why do we yawn?

There is a lot of speculation and research about yawning. We know what yawning is because most of us pleasantly yawn approximately 4 to 6 times per day, but there is little proof for why we do it and what it really does to our body. Still, recent research has shown interesting facts.

What Happens When We Yawn?

Yawning takes about six seconds, in which our mouth gapes stretching our jaws and we inhale a gulp of air into our nasal and oral cavities. The amount of air taken fills our lungs, our abdominal muscles flex and our diaphragm is pushed down. The air expands our lungs to its capacity and then some of the air is blown back out. Sometimes yawning is accompanied with other extra voluntary movements like stretching arms and closing eyes.

The part of the brain that provokes yawn is in the reticular formation which is the area that controls things like going to sleep, waking up, alertness, conscious attention, etc. Recent studies show that many neuro-chemicals such as dopamine are involved in yawning. Dopamine activates oxytocin production in the hippocampus and the hypothalamus – these areas are important for voluntary control, temperature regulation and memory recall.

Yawning is somehow a mystery to science and cultures. Lots of past theories are now obsolete and can even sound absurd. For example, in the middle ages people believed yawning was a dangerous sign related to evil possession. Hindus would snap their fingers after yawning, muslims would pronounce words for protection, others that thought an evil spirit could enter while yawning would cover their mouth with their hand or holding a cross in front of their mouth. It’s believed this is the origin for people to put their hand on their mouth while yawning.

The Greeks believed yawning was the sign of the soul trying to escape to live with the gods. Others believed it was related to a subconscious sexual desire. People also thought that yawning meant somebody was thinking of them.

Scientists also speculated that yawning was a way to get rid of extra carbon dioxide and bring more oxygen, but this theory was proved not to be true.

So Why Exactly Do We Yawn?

So what’s the reason behind the yawning? It seems to be that animals and humans don’t yawn for the exact same reason. Fish yawn before changing activities, hippos when they feel threatened, dogs yawn before they attack, athletes before performing, and in general we all yawn more times right after waking up and right before bed.

The truth is that there isn’t 100% certainty about why we yawn. Although, yawning is associated with fatigue, boredom, tiredness, drowsiness, and loss of interest, these are not reasons for yawning since we also yawn in so many other cases. Some people believe yawning is also associated with empathy, thus the reason why we yawn when we see others yawn.

The most recent theory is called the brain-cooling theory proposed by researchers that say that we yawn in situations when our brain is likely to be warm. This study measured skin temperature, heart rate and muscle tension before, during, and after yawns and showed that the levels of stimulation and alertness increased after yawning. So this theory says that yawning is a way to cool our brain, because our brain works best at a certain temperature; a cool brain can think more acutely. Yawning increases blood flow, stretches the muscles of our face, and inhales cold air, all these steps essential for allowing cold air to alter the temperature of the blood in our head which can be overheated by exhaustion and sleep deprivation.

We all yawn without paying much attention to it, now that we know that it is probably a physiological reflex that is cooling our brain when we need to focus or be more alert, perhaps we’ll be more consciously grateful of how awesomely splendid our body works.

This article was written by Rebecca Borchers. Rebecca is currently a pyschology major at UCF and is constantly trying to uncover how exactly our brain works. When she isn't busy hitting the books, she writes for Saatva Mattress. To read more of her work, visit her Google+.